At the unveiling of "Tres Reinas" on June 13


This blog post wraps up my three-week Community Engagement through the Mural Arts exchange in Cali, Colombia.

In addition to the three initial workshops I led for local artists and children in Cali, I had the opportunity to meet and speak with other groups of artists and students during four other meetings. First, I met at the public library with the CaliComix organization, a group of extremely talented comic artists. I showed them a presentation of my work and they showed me their portfolios. Although my work is very different from comic art, I found it very insightful to meet with other professional artists. Regardless of where you are in the world or what style of art you create, the struggles and rewards of being an artist are universal.

I also met with two different groups of students who were learning English at the Centro Cultural Colombo Americano, our exchange partner who organized all my activities. I presented my work to each class and we spoke only in English so that they could practice their skills. In addition, I planned an art activity for each group. In the teen and kids group we broke into smaller groups to design a mural. The theme was peace and togetherness. The kids worked together to draw a large design and then took turns presenting their collaborative ideas in front of the class. It was fun for them to do this in English and I was really impressed by their vocabulary. In the adult group, the students decorated colorful flags with text or drawings after being given the prompt, “How can art change the world?” The flags were hung by the main mural during the unveiling ceremony. 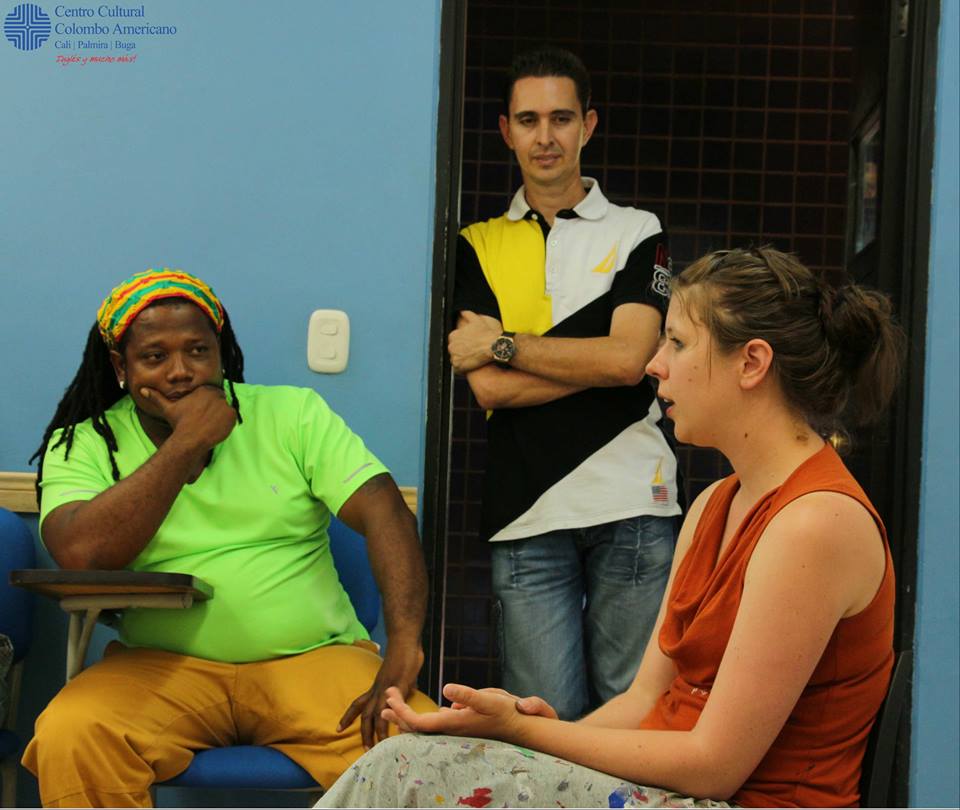 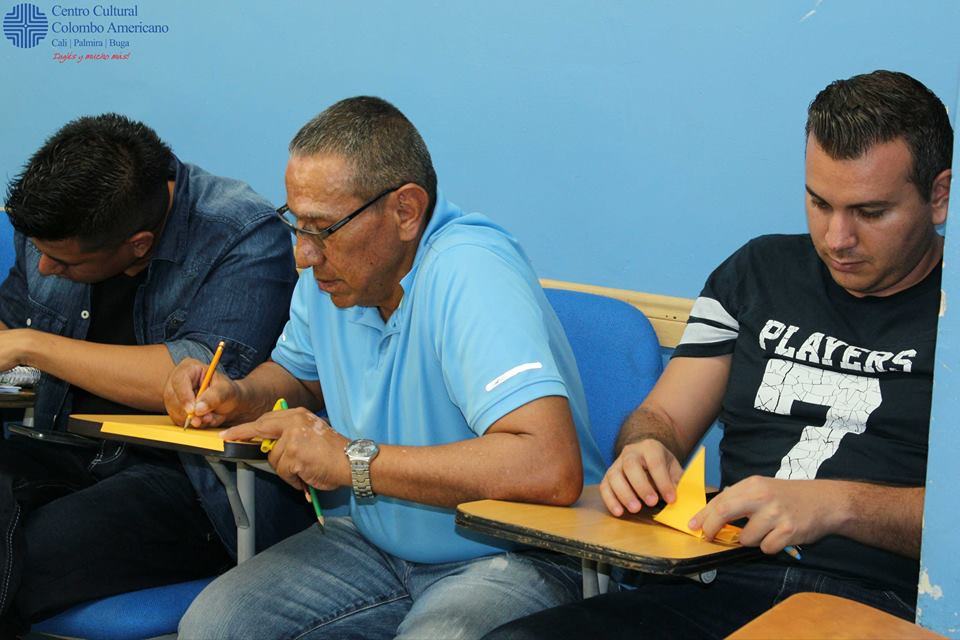 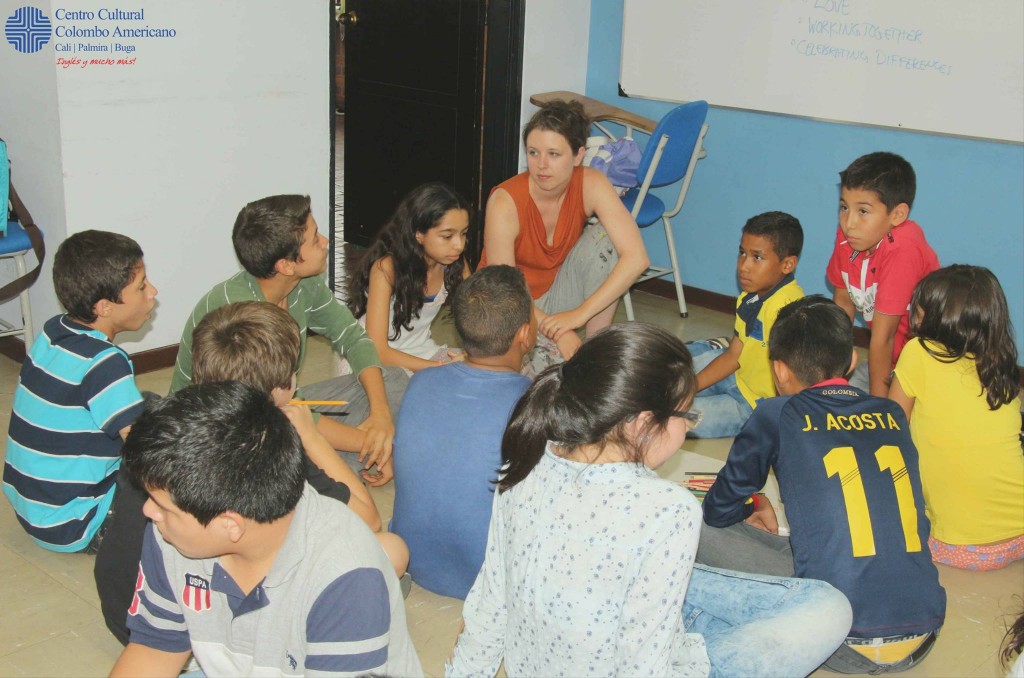 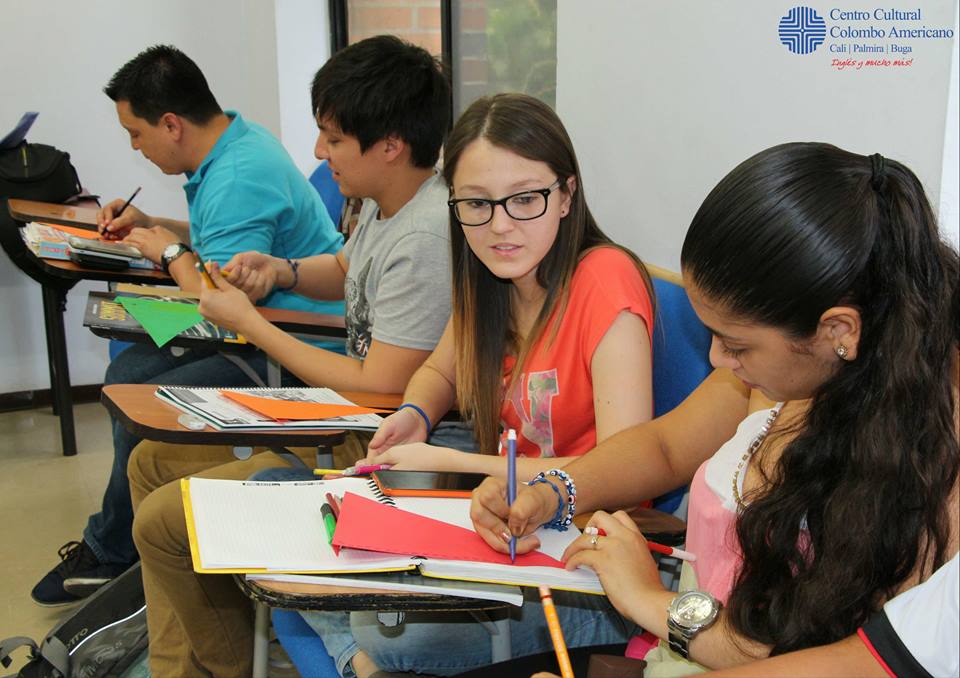 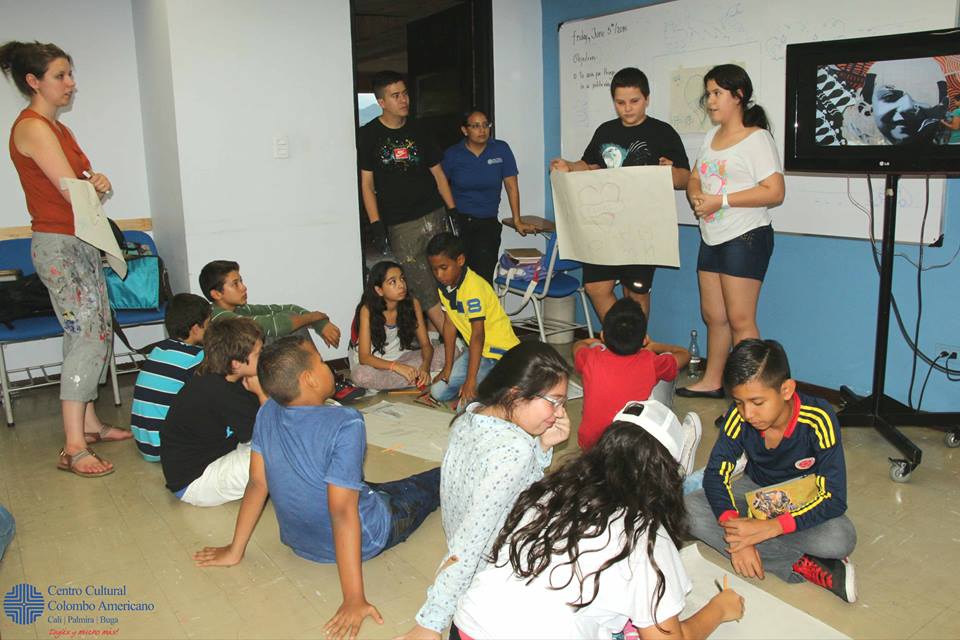 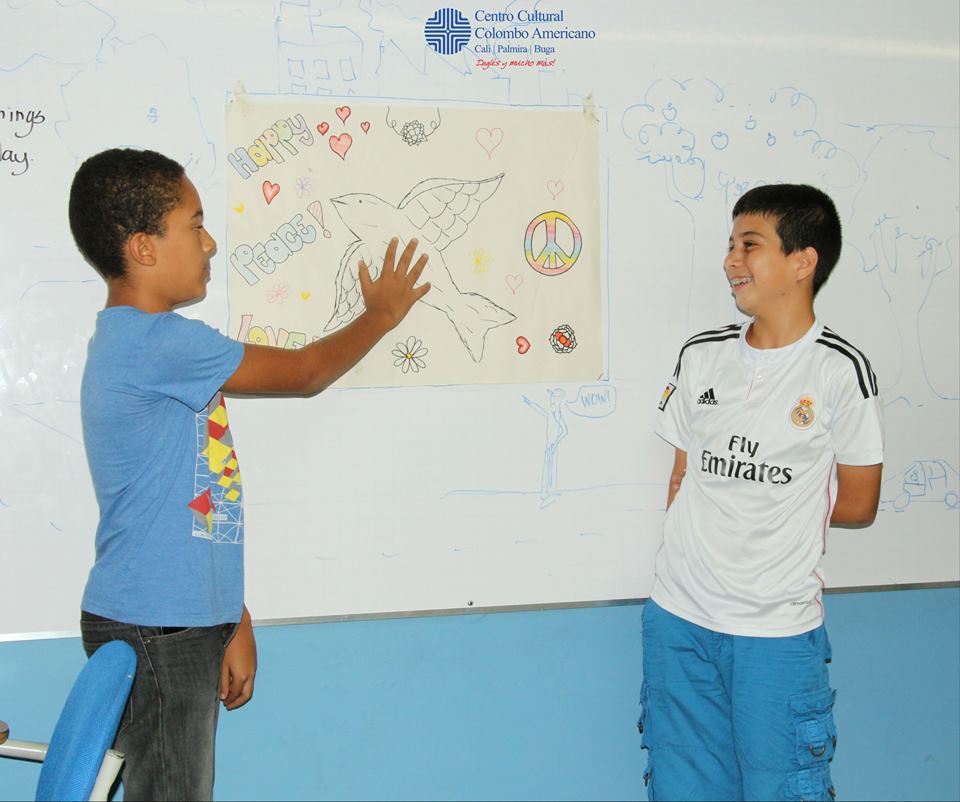 The last meeting I had was at the Comfandi Cultural Center, where I met with a small group of professional artists to discuss business skills, especially those needed for public artists. We reviewed the artists’ statements, narratives, image lists, and résumés. We also spoke about how to find projects, as well as some business basics for artists. There are many public art projects open to international artists and it is my hope that some of the artists I met will use the resources I shared with them to apply. 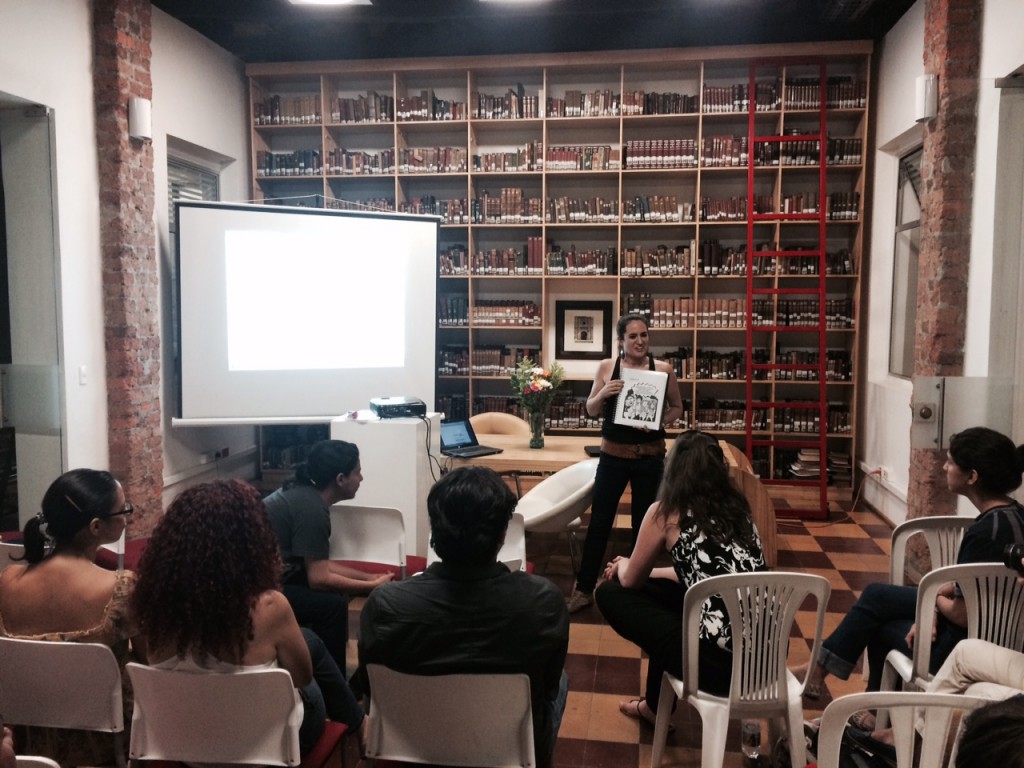 As for the mural, painting went very smoothly. I focused mostly on the three black and white faces and the other artists shared work on all of the flowers, butterflies, and birds. I think everyone worked very well together and we formed a tight bond. In addition to the large main mural, we also finished a smaller piece on 15 square canvases. The design for that piece was much more fluid and abstract changing continuously throughout the process. The final piece which included a black and white portrait of a woman and abstract flowers, butterflies, and birds is very powerful. It is loose and exciting, and was turned out to be very different from what we had originally planned. The painting process was full of movement in comparison to the much more methodical way in which the large mural was being painted. In painting the large mural, there was a lot of work on color matching and mixing. Also, the drawing had to be done exactly and methodically so that the final result was photo-realistic. 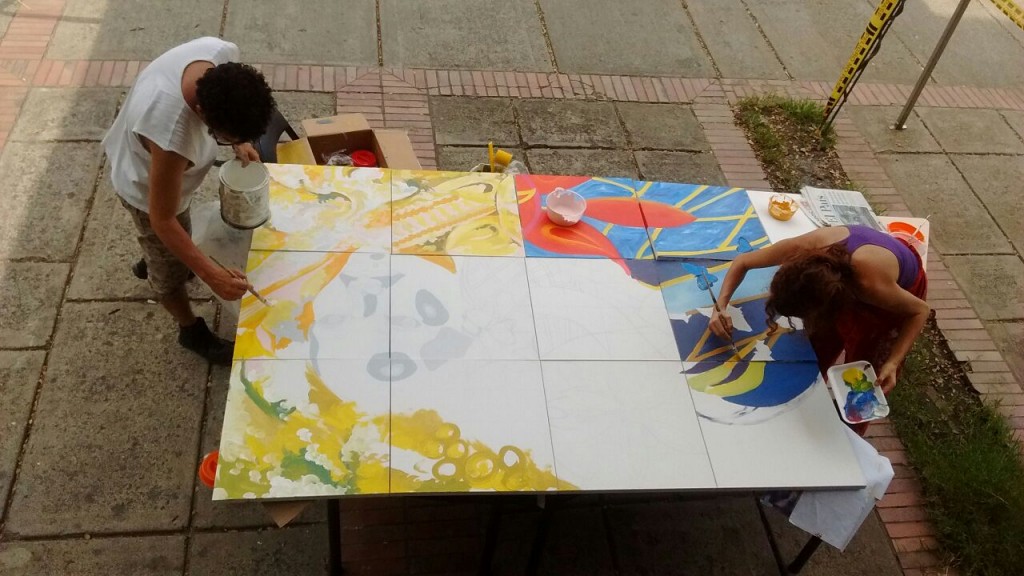 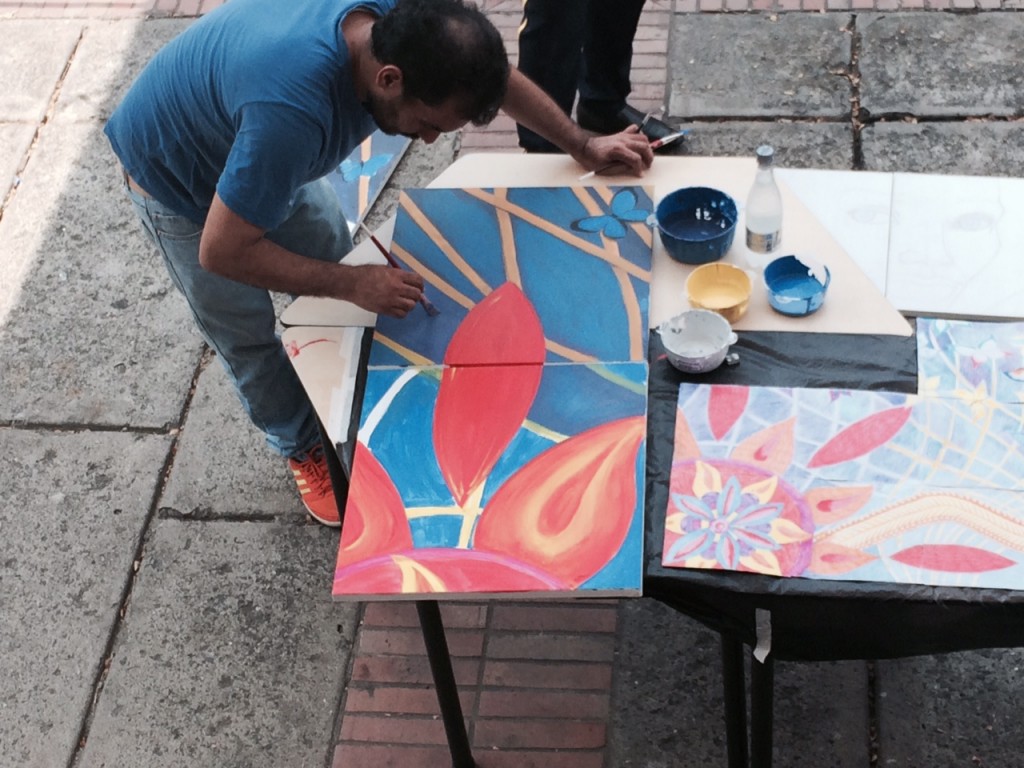 The final mural turned out great. On the night of the unveiling, the crowd of around 200 people loved “Tres Reinas.” As I explained in my speech, the three women represent diversity and unity. They are symbols of social inclusion and empowerment. The flowers and birds which they wear as necklaces and crowns refer to how they gain power from nature and inner strength. 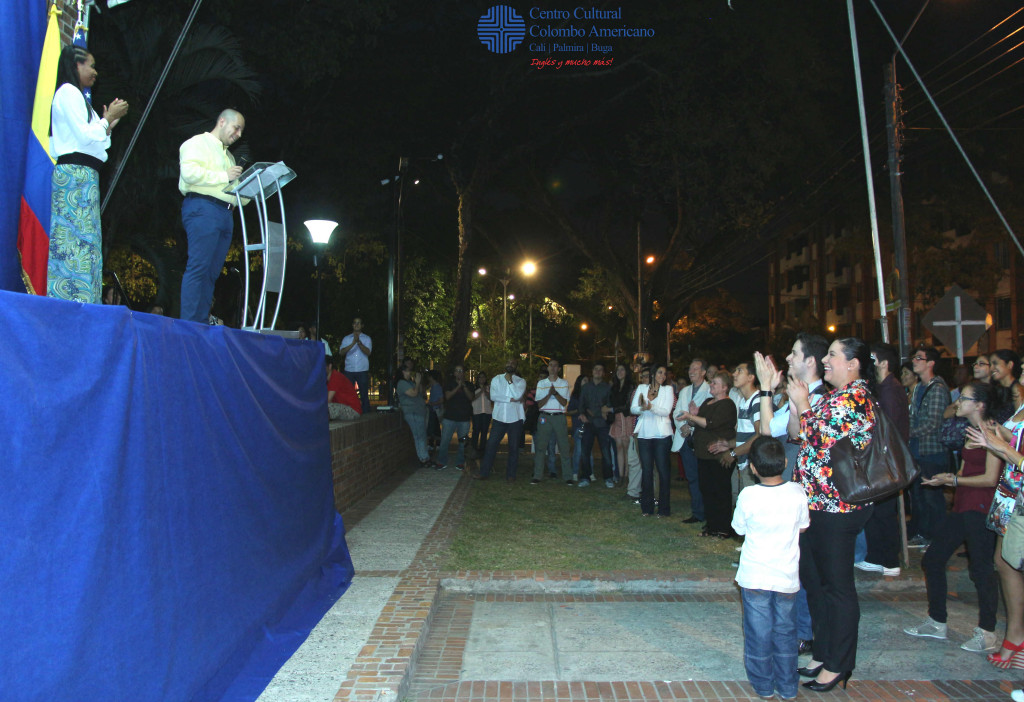 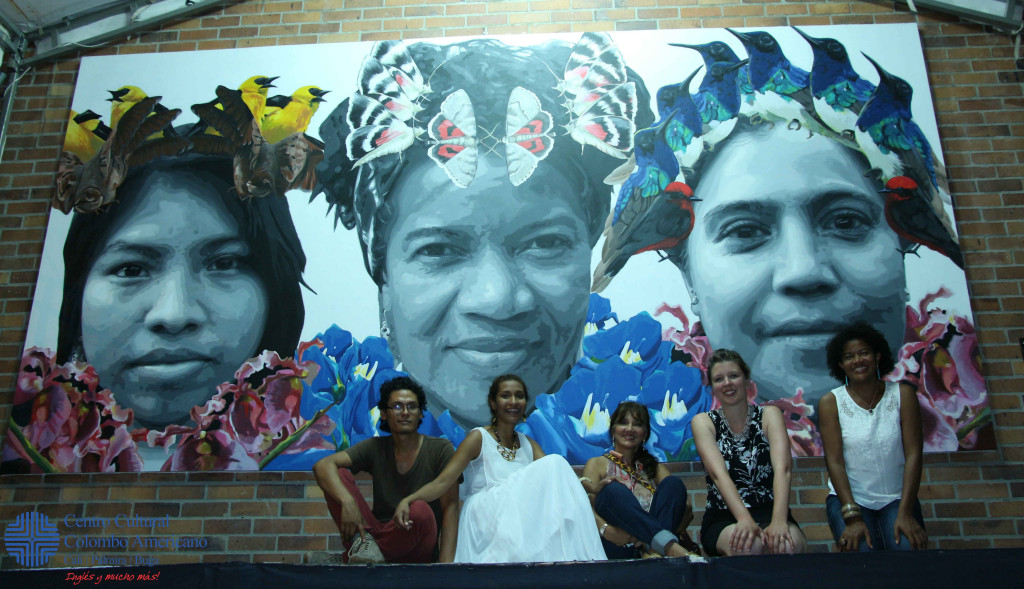 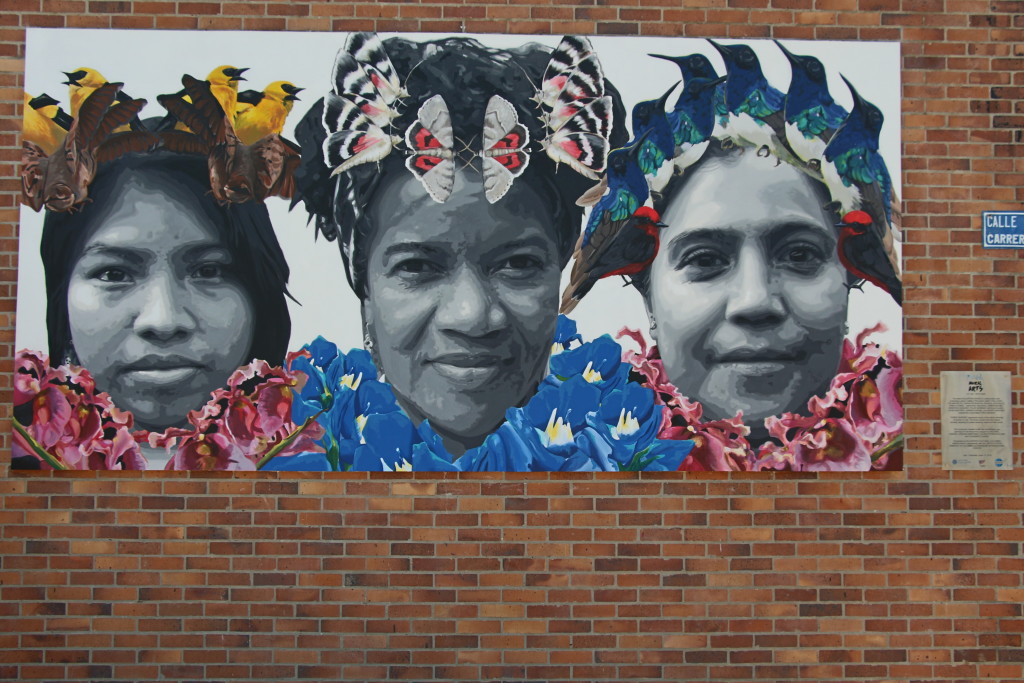 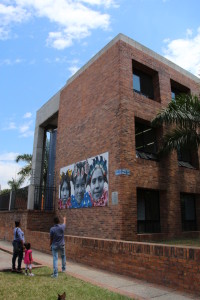 I am hopeful that some of the artists I met on my exchange will visit and work here in Buffalo. I had an interesting discussion with the group Gráfica Mestiza, which is an affiliation of muralists from across Latin America, who came to the unveiling. I would like to set up a collaborative project for them to complete in Buffalo with me. I also met another artist who is interested in traveling throughout the United States for six months. We became good friends and I invited her to stay with me for as long as she likes. Several other artists from Colombia have expressed an interest in visiting the States – in particular my town, Buffalo, and I hope they come!

I left Cali with a rich understanding of the culture and a love of the people. It was definitely a life-changing experience which I will never forget, and I look forward to many more interactions – and hopefully, exchanges – with the people I met there. 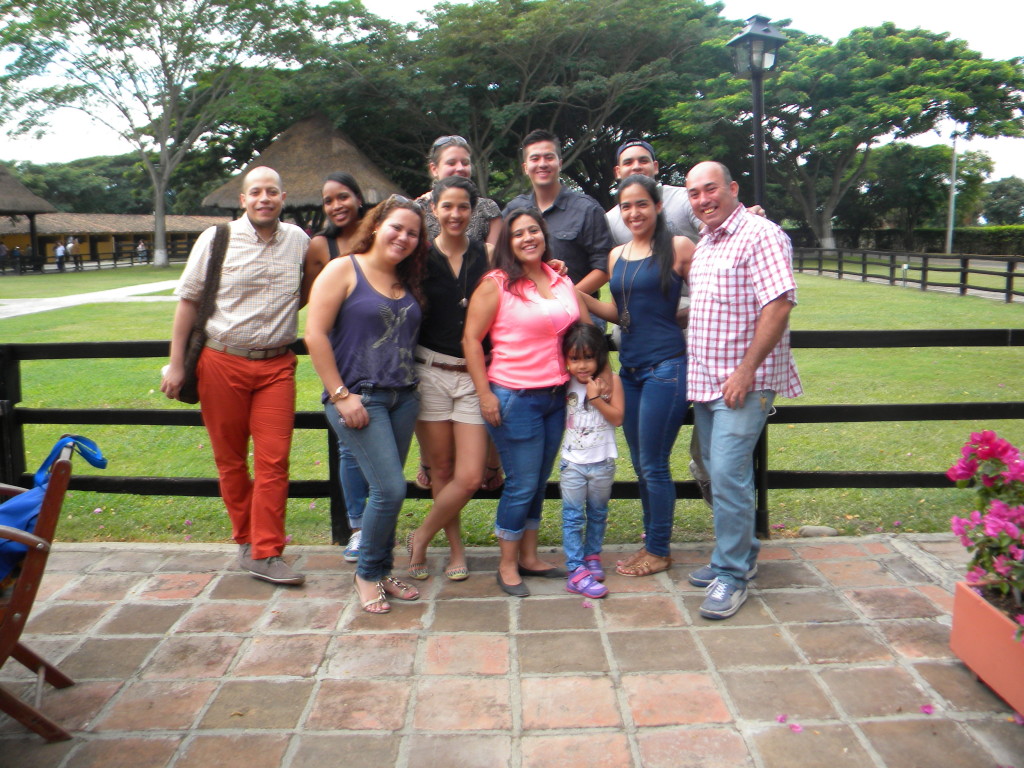