Acknowledging this year’s TIP Report Heroes, Secretary Blinken noted that, “in many ways, the fight against trafficking is fought on the local level, one community at a time, and we celebrate the great people leading the fight, often at great risk to themselves.”

Among the individuals honored was Mohammed al-Obaidly, an Assistant Undersecretary within the Ministry of Administrative Development, Labor, and Social Affairs in Qatar. He has initiated many of the policies and programs that have had significant impacts on trafficking victims and is known as one of the most important Qatari individuals advocating for labor and human trafficking reforms in the country.

As the specialized prosecutor for human trafficking for the State of Mexico, Guillermina Cabrera Figueroa has a longstanding record of defending the rights of trafficking victims across the country. In her position, Cabrera plays a key role in advancing the ability of the Attorney General’s Office to investigate and prosecute human trafficking cases.

Rocío Mora-Nieto has spent more than two decades fighting the sexual exploitation of women and sex trafficking in Spain through her work as the director of the Association for the Prevention, Reintegration and Assistance of Prostituted Women (APRAMP). 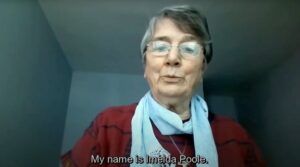 Imelda Poole leads cross-border work in Europe to garner support for fighting human trafficking and protecting vulnerable individuals. The NGO she founded in Albania, Mary Ward Loreto, works to address the root causes of human trafficking, focusing on communities where Roma, migrants, women, and children are most vulnerable.

For more than two decades, Chantal Sagbo Sasse has been at the forefront of Gabon’s anti-trafficking movement. Her NGO, Service International de la Formation des Enfants de la Rue (SIFOS), is one of the country’s main NGOs dedicated to combating human trafficking.

Shakhnoza Khassanova is director of the Legal Center for Women’s Initiative, “Sana Sezim.” She has decades of experience raising awareness about human trafficking, advocating for increased victim protection, and assisting human trafficking victims throughout Central Asia.

This year’s TIP Report Heroes come from different areas of the globe, and Secretary Blinken made sure to mention the importance of international collaboration in anti-trafficking work:

“We need to work together, share information, hold each other accountable. That’s how we’ll create a world where no one is exploited by trafficking and everyone is able to live in safety and indignity.”

Watch the full recording of the ceremony here.