Last December, Taliban militants assaulted the Army Public School in Peshawar, Pakistan killing over 100 students and faculty in their classrooms and forever shaking the foundation of Pakistan. Just seven months later, Meridian supported twelve young men from the school on a program focused on global leadership and STEM. The twelve high school boys were joined by four American high schoolers throughout the program who soon discovered there was more that united them than divided them. Meridian partnered with the SUNY Polytechnic College of Nanoscale Science and Engineering, the International Center of the Capital Region, the New York Police Department, and West Point for a highly impactful three-week program that ignited a spirit of leadership within a group of outstanding young men. 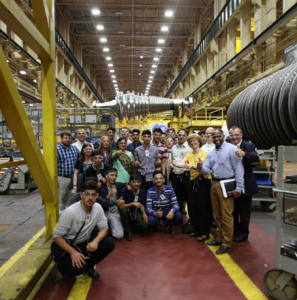 Meridian annually administers more international exchange programs for delegations of seasoned professionals than high school and college students. The strength of our professional exchanges lies within our ability to link our international visitors to industry leaders and thinkers, and also in providing a space for collaboration in an effort to solve the world’s biggest problems. With youth programs, the majority of the development and maturation of our young visitors comes beyond the four walls of a classroom. This is a theme I have found Meridian to be especially adept at emphasizing.

That is not to say the group’s more formal meetings with Secretary of State John Kerry and New York Police Commissioner William Bratton were not valuable portions of the program – they absolutely were – it’s that these young men grew with each other while learning about American culture through experiences at a traditional shopping mall, touring Washington, DC, at a minor league baseball game, and visiting with American families in their homes. 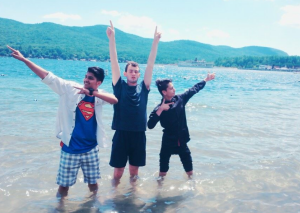 In keeping with learning outside of the traditional classroom, both the American and Pakistani participants learned from each other over a foundational piece of any culture – food. The Pakistani students were exposed to traditional summer barbecues in Albany and Washington, DC – a truly unique American tradition. Additionally, they gladly gorged themselves on (decidedly unhealthy) American cuisine: Domino’s, Chipotle, and a range of ballpark food. The Americans were exposed to traditional Pakistani food in more communal settings. For example, we were greeted by members of the Pakistani community over dinner after daily excursions throughout New York City. In terms of establishing a sense of oneness, both groups benefitted greatly from the timeless tradition of breaking bread. 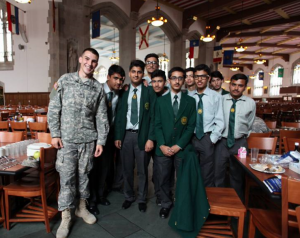 A major subtheme throughout the program was the power of sports as a cross-cultural mechanism (which comes as no surprise with a group of active teenage boys). Sports was not an overt theme at the onset of the program, but it quickly became a cornerstone of the students’ time in the United States. Meridian and its partners formally arranged for a cross-cultural exchange to be conducted via baseball and cricket. The Americans taught the Pakistanis about baseball, while the Pakistanis taught the Americans about cricket. 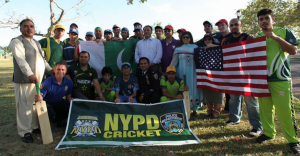 We were fortunate to bring the group to both of baseball’s holy shrines: the Baseball Hall of Fame in Cooperstown, NY and Yankees Stadium. Conversely, the Pakistani boys directed a crash-course lesson on cricket. In both instances of this exchange, the two parties learned beyond the fundamentals and rules of both sports by becoming familiar with strategy and the histories of each respective sport. 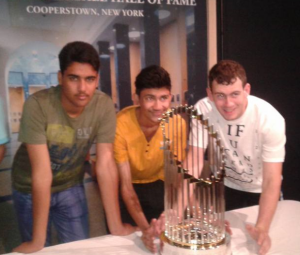 Sports acted as a supplementary learning tool to the classroom themes of global leadership and STEM. The visits to a cricket pitch and Cooperstown, coupled with nightly informal pickup games of basketball, soccer and cricket, reinforced the cliché that sport is a truly universal language. 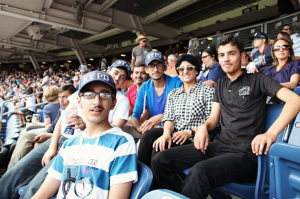 Whether they were cognizant of it or not, every one of these young men demonstrated a capacity for leadership, whether vocally or by example. They presented group projects to academic judges at a renowned school of nanotechnology and engineering, were relentlessly inquisitive at every turn, and displayed a tact for maturity and intellectual curiosity. 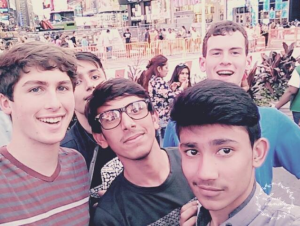 It is my hope this program helped them realize this leadership ability. Though there are indelible marks on this fantastic group of young men, they absolutely have the capacity to lead their nation in the future. I believe their ability to mature and find themselves both inside and outside of the classroom will serve as a spark for a lifetime of leadership.