Alejandro Carbonell is a young entrepreneur from Panama who was selected to attend the 2016 Young Leaders of the America’s Initiative (YLAI) pilot program by the U.S. Department of State. This presidential initiative supports social and business entrepreneurs from across Latin America and the Caribbean. Here are some of his reflections on his experience attending this prestigious U.S.-based exchange. 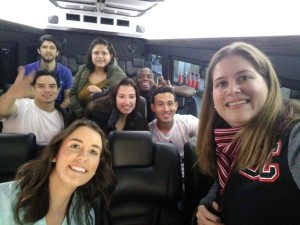 After a short flight from Panama, and a very long wait in Miami’s Airport, I finally went through the door, looking for some sort of sign that I could recognize of the YLAI program. Instead I saw two faces that although I had never seen before in person, where so familiar that I immediately went for the hug. Eirene and Maegen from Meridian welcomed me with the same excitement as if I they would have been waiting for me all day. Which they were. Right away they asked me about myself and my business; the question I was expecting and had been practicing all my way from Panama. I started my pitch: “Im CEO and Founder of Tutorez, an online platform that allows students to find a private tutor in any subject near them.” They nodded and smiled, as if they already knew my pitch. In fact they did, since we had sent it for our bios in the meridian website. It was still exciting to deliver my first pitch in the US in English.

That first night I got to talk to most of my other 23 fellows from the other 19 countries. It was impressive. Each of them with amazing ideas and startups, some of them already big companies, others as small as mine, but all of them passionate about their work. I was truly impressed, story after story of how they got to where they are, and how their startups are helping people in ways I hadn’t even thought about. That first night was a long one, and I was very tired. Little did I know that sleeping time was just something of the past now. Early next morning I found myself at the lobby of the hotel with the rest of the fellows ready to go to our first programming day. We had received an 80 page program from Meridian, so I was expecting long days in Miami. Indeed they were; but I must admit they were truly enjoyed by me, and I believe by the other fellows as well. All the way from presentations on Virtual Reality and Social Media, to sessions on how to properly pitch ideas; it was definitely a learning experience. Miami ended with a delicious dinner at a Cuban restaurant, where we got to talk and network more with the other fellows. I had mixed feelings when the next day I had to say goodbye to great people I was just starting to know, but that I had already created a bond with based on a shared belief in entrepreneurship and innovative ideas. 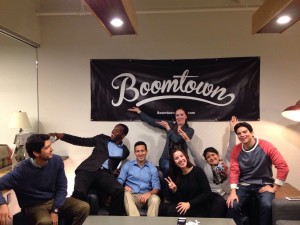 Following the Miami opening, we were divided in 4 groups of 6 fellows, each group would go to a different city: Miami, Seattle, Charlotte or Denver. I was lucky to get Denver as my destination, and with 5 more fellows, which soon became my friends (Ricardo, Celeste, Alejandro, Luis and Roberta), we started this 2 week adventure. We were received by Gergana from World Denver, which was the organization in charge of our local placements and programs. Soon after we arrived I was picked up by Steve, our host Dad, and together with my Jamaican friend Ricardo (who later would become my business partner) we drove to Steve’s home in a small city called Centennial, on the outskirts of Denver. Steve and his wife Patti welcomed us in their home and along with their 2 dogs, Eve and Buffy, we instantly became like a family. 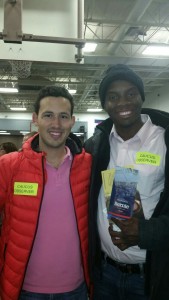 Denver is a great city to live in. It has an entrepreneurial vibe but without the snobbiness you might get in other big cities. During these two weeks I have been able to visit different Accelerators both in Denver and Boulder, meet with fascinating people with awesome startups, listen to pitch challenges to investors and even assist in an event for Women’s International Day at Denver’s Art Museum. However it’s all not work, although even the work is fun — we have also had time to really know the city, and its surroundings. We went snowboarding at Vail for a weekend, walked through Downtown’s vibrant streets and even attend a Nuggets basketball game. Now, while I write this and pack my bag for tomorrow’s flight to Washington DC, where #TeamDenver we will reunite with the other 18 fellows, I feel sad for having to leave a city that truly stole my heart, but also very happy to have been able to experience this opportunity, meet so many good people and learn so much. The adventure continues and I am eager to see what’s next.