Each year U.S. missions nominate leading women entrepreneurs from sub-Saharan Africa to participate in the African Women’s Entrepreneurship Program (AWEP) as part of the U.S. Department of State’s International Visitor Leadership Program (IVLP). AWEP was launched in 2010 to bolster the economic impact on women entrepreneurs during the African Growth and Opportunity Act (AGOA) Forum. This post was written by Elizabeth Barry and Mark Rebstock.

A key pillar of U.S. foreign policy in Africa is to support and encourage the growth of entrepreneurship throughout the continent, particularly among women and youth. Assistant Secretary of State for African Affairs Linda Thomas Greenfield acknowledged as much in her opening remarks at the 2016 AGOA Forum on September 26 when she said, 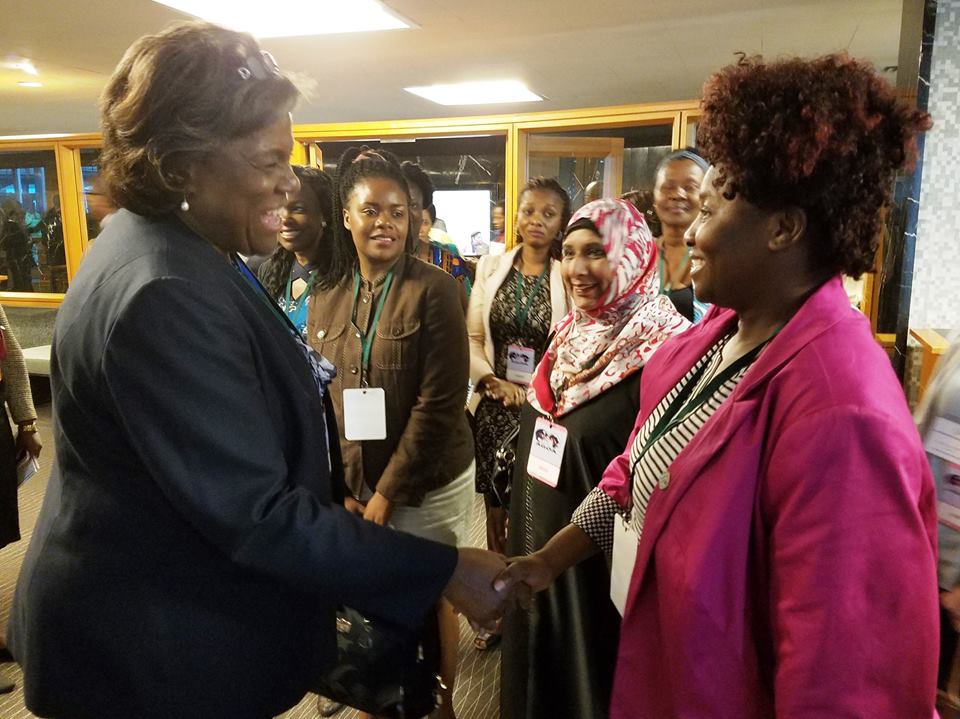 “…Equally important, we have to support women entrepreneurs… Africa’s success depends on including women in all aspects of society. Countries simply cannot afford to exclude half of their population. Programs like AWEP are making a major impact supporting women entrepreneurs. We need to maintain this focus and look for ways to expand it together.”

During September 2016, 36 women entrepreneurs representing 31 countries across Africa arrived in Chicago, Illinois for a full opening week in the Midwest’s center for trade, business, and entrepreneurship. Visitors had the opportunity to hone their story and discuss the fundamentals of women’s entrepreneurship during opening sessions with Chicago based actress and theater arts entrepreneur, Regina Taylor, and Ghanaian-American entrepreneur, Rahama Wright. Laurie Glenn, President and CEO of ThinkInc., facilitated a workshop featuring a roster of successful women communicators and entrepreneurs who helped participants to articulate their “brand promise” and “key messaging maps.” 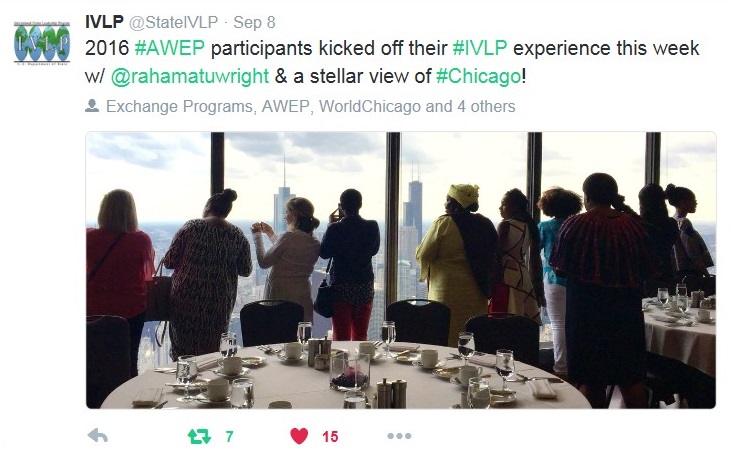 Following the program in Chicago, the visitors divided into four groups and departed on city splits to allow for more in-depth discussions within the specific business sectors. In Los Angeles, California the fashion sector participants learned best business practices for entering the U.S. market at Fashion Business, Inc. Tina Tangalakis, founder of Della, provided a session on women-owned businesses in fashion and design. 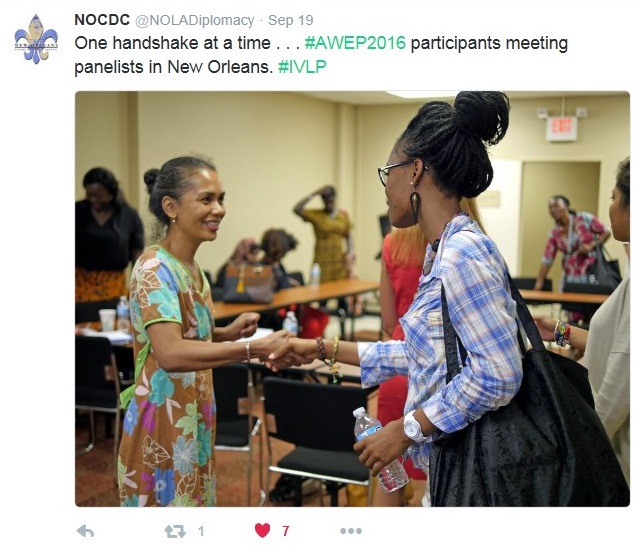 Exploring the fashion industry in New Orleans, Louisiana provided a contrast to the previous program in Los Angeles. Here the group enjoyed a roundtable discussion on the challenges facing fashion entrepreneurs. Fluerty Girl founder, Lauren La LeBlanc shared her experience building her business by herself out of her home, to a storefront employing local New Orleanians.

The English speaking agriculture group began in Miami, Florida examining the agricultural regions in nearby Homestead. Participants met with a panel of women leaders who underscored the need for relationship building and partnership to promote business development. They also participated in a workshop on organizational strategy and personal leadership with the Honorable Ana Guevara. 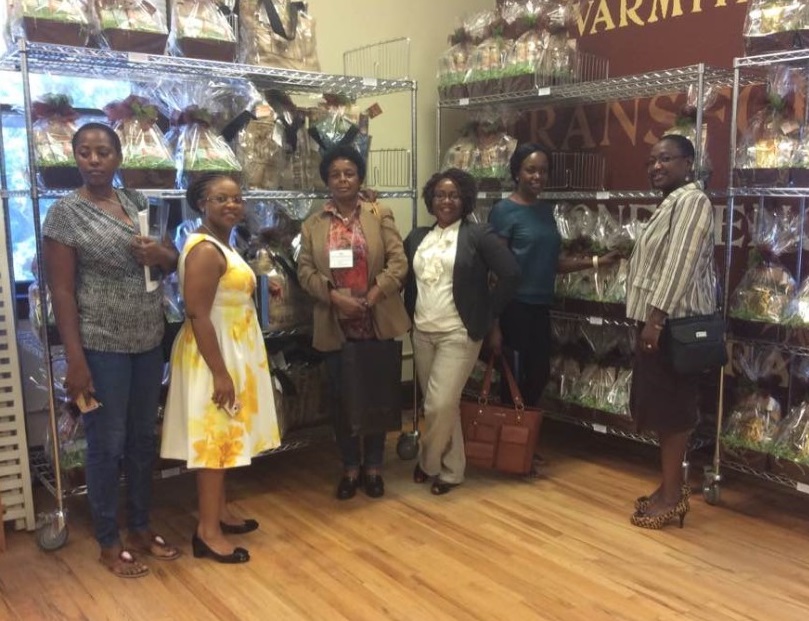 In Denver, Colorado, the group discovered the Women’s Bean Project, a social enterprise that seeks to break the cycle of poverty for homeless women. This program left a deep, positive impression on participants, and prompted several visitors to think anew about social enterprise in Africa. At a buffalo ranch visitors met with Colorado Agri Women to discuss support for women in farming. 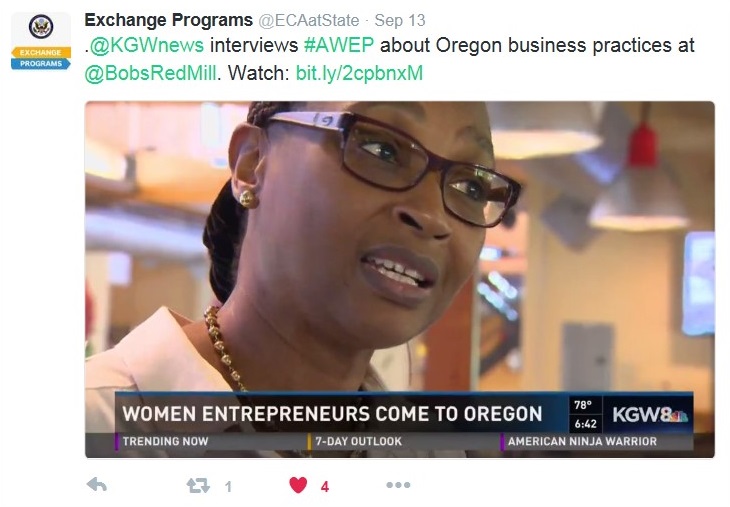 Bob Moore, President of Bob’s Red Mill, hosted the French speaking agriculture group in Portland, Oregon for a sustainable business practices and community empowerment session. (See KGW-Portland’s report on the visit to Bob’s Red Mill.) Columbia Gorge Organics offered a site tour and overview of the farm’s products, sourcing commitments, and marketing strategies. The group discussed the “Getting Your Recipe to Market” program at the Small Business Development Center and International Trade Center. From the Northwest, the French speaking agriculture group landed in Kansas City, Missouri for a session with Ronald Highley, County Executive Director of the U.S. Department of Agriculture Farm Service Agency, on U.S. agriculture regulations and research. The visitors discussed agribusiness development and women’s entrepreneurship with Kerry Wefald at the Kansas Department of Agriculture, and learned how the Farm to School Program supports access to fresh, local foods in school cafeterias. 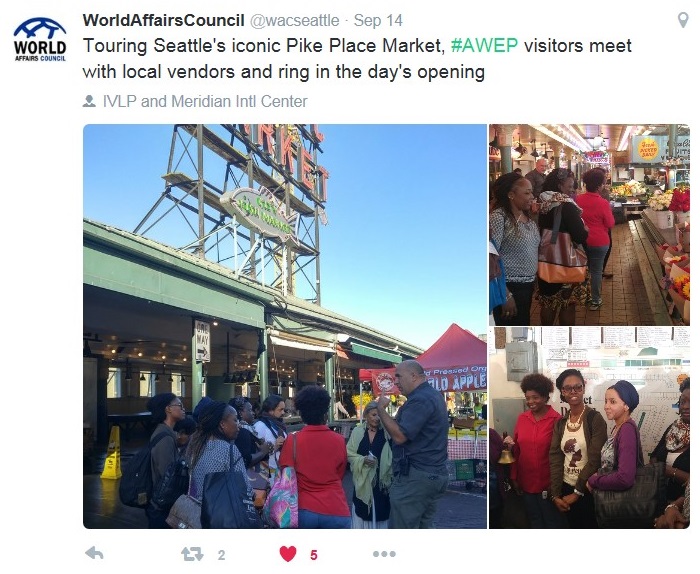 The Home Goods and Crafts subgroup traveled from Chicago to Seattle, Washington, home to a booming small business sector, including craftspeople, artisans, and home goods producers. Visitors received a business planning workshop from the Innovation and Entrepreneurship Center and were hosted for a meeting and professional networking session with the African Chamber of Commerce of the Pacific Northwest. 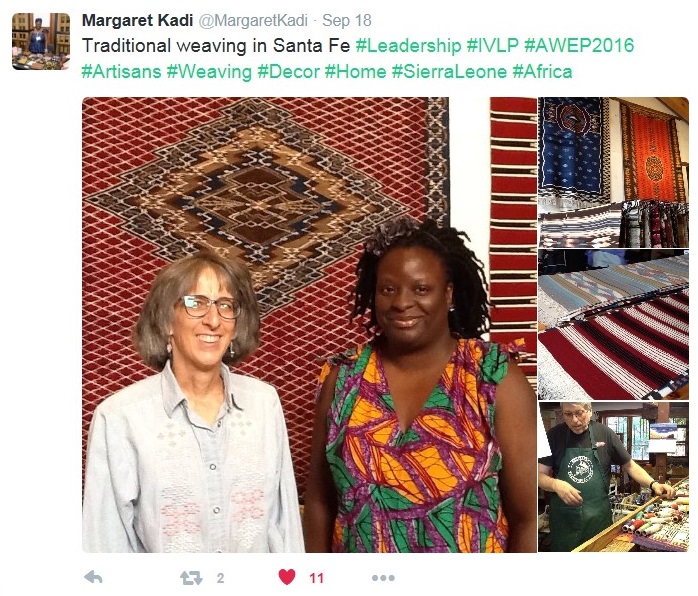 The Home Goods group continued to New Mexico, spending time in both Santa Fe and Albuquerque, both centers for cultural preservation, tourism, and havens for craftspeople and artisans. During visits to the International Folk Art Alliance and the Museum of International Folk Art participants showcased their crafts businesses. In addition, the itinerary included a visit to Centinela Traditional Arts, and other women-owned crafts businesses, importers and craftspeople.

In Washington, DC the four sectors reunited for a speed-convening session on “Access to Capital” coordinated by the U.S. Small Business Administration and leading experts in women’s entrepreneurship and financial inclusion in Africa. A panel discussion on “sustaining AWEP and the role of gender in AGOA” offered the opportunity to meet other U.S. and African officials in Washington. Congresswoman Karen Bass shared her experience as a law maker, and discussed the role of AGOA and impact on women entrepreneurs. A series of presentations at the Anacostia Economic Development Corporation showcased sustainable development and the relationship between the local government and entrepreneurs. 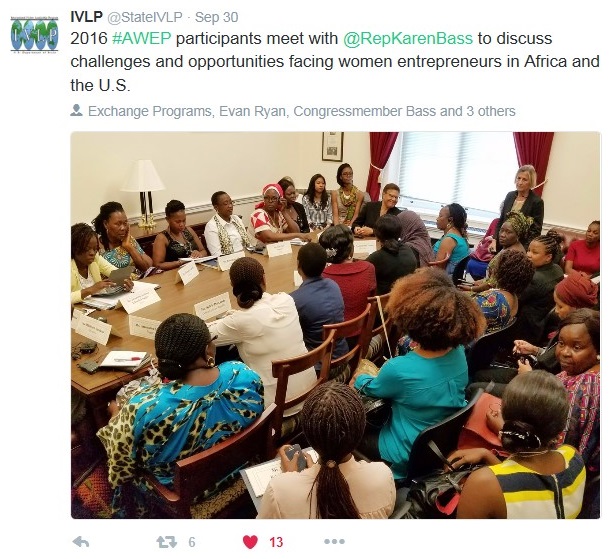 Recently, the State Department’s Educational and Cultural Affairs Bureau analyzed the efficacy of AWEP to increase advocacy and empowerment of African women and their capacity to develop new markets both in their region and within the U.S., and to serve as force multipliers in their community to increase social responsibility and economic development. The results show that these exchanges for women entrepreneurs are wildly successful. But why? The answer pertains to a higher return on investment for women-led business, and a more significant social and economic impact. When asked why being a business owner is so important, most AWEP participants will reference the impact on their community. In an article for Face2Face Africa, Siba Adom, owner of Chic by Siba, a popular Ghanaian fashion brand, said,

“I feel very privileged to have been awarded this opportunity. I will make the most of it not just to boost my own business, but also to help other women entrepreneurs benefit from the insights and networks that I gain through the AWEP award.”

Similar thoughts were given on the U.S. Department of State’s Facebook Live broadcast during the AGOA Forum, and in an article from ShareAmerica, “We agree: Nothing beats being your own boss.” AWEP participants discussed the importance of being independent and working on your own terms, however, Providence Moyo from Zimbabwe captured the ultimate goal: “I just want to make a difference in my country.” 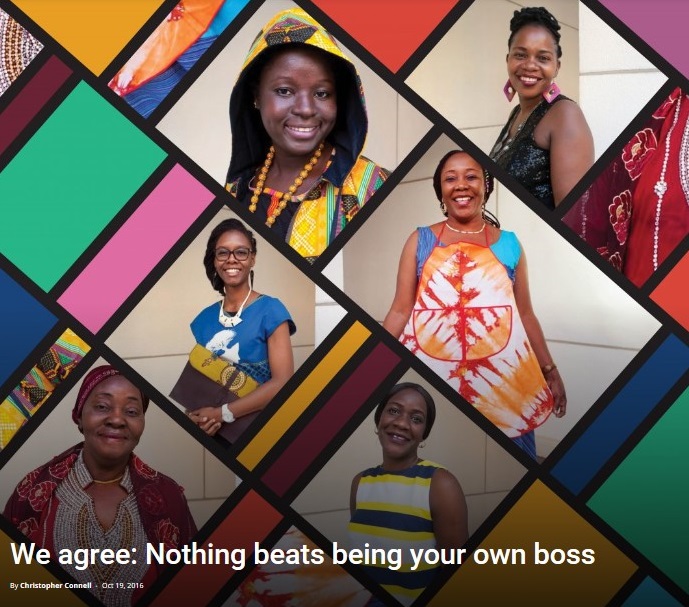