As pioneers in their career paths female IVLP alumnae are prominent in the growth of women’s leadership around the world.


The 75th Anniversary of the International Visitor Leadership Program (IVLP) is a major milestone in the program’s history. It offers us a chance to reflect on the impact of the program by examining the numbers. More than 335 current or former heads of government are IVLP alumni. Meridian International Center is proud to have coordinated the programs of 168 of these alumni.

I compiled basic data on these world leaders to see what sort of statistics could be gleaned. I focused on their age when they participated in the IVLP, how many years afterward they became a head of government and what was the length of their term. I also marked their gender and if they were currently in office.

The graph below charts the growth in female heads of government based on the start of their mandate.

Of the 22 female IVLP alumnae that served as heads of government, 91% were the first women to work in that role. With the exception of the Near East and North Africa female IVLP alumnae have served around the world. Of the 12 IVLP Meridian alumni that are currently serving 3 are women or 25%. According to UN Women as of January 2015, 10 women are serving as Head of State and 14 are serving as Head of Government. IVLP Meridian alumnae make up 12.5% of these leaders. 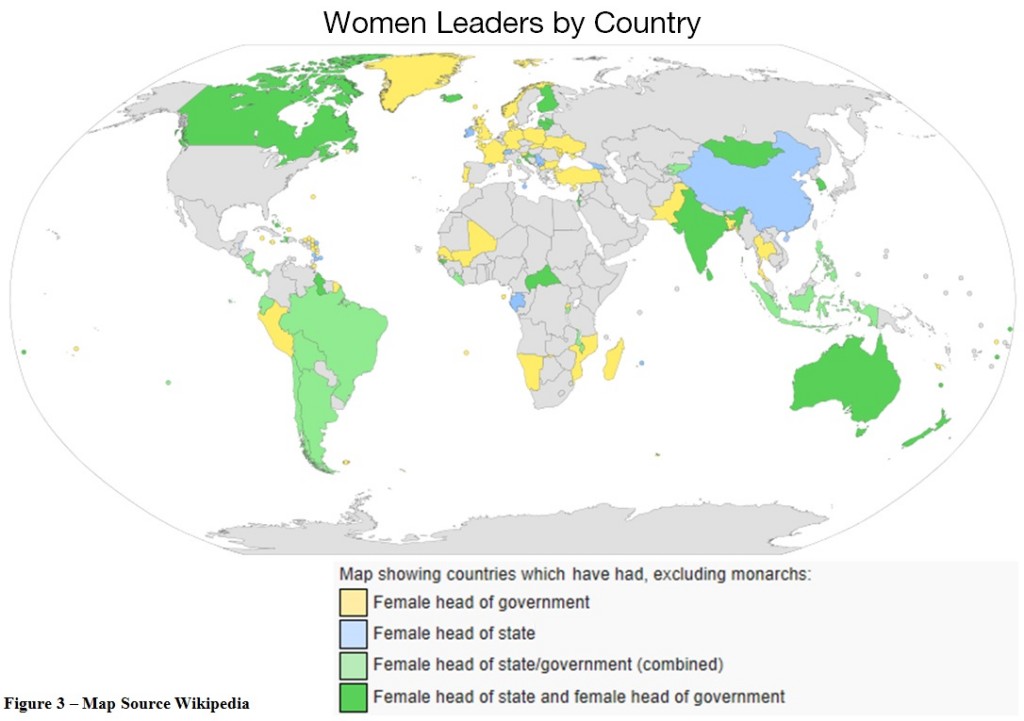 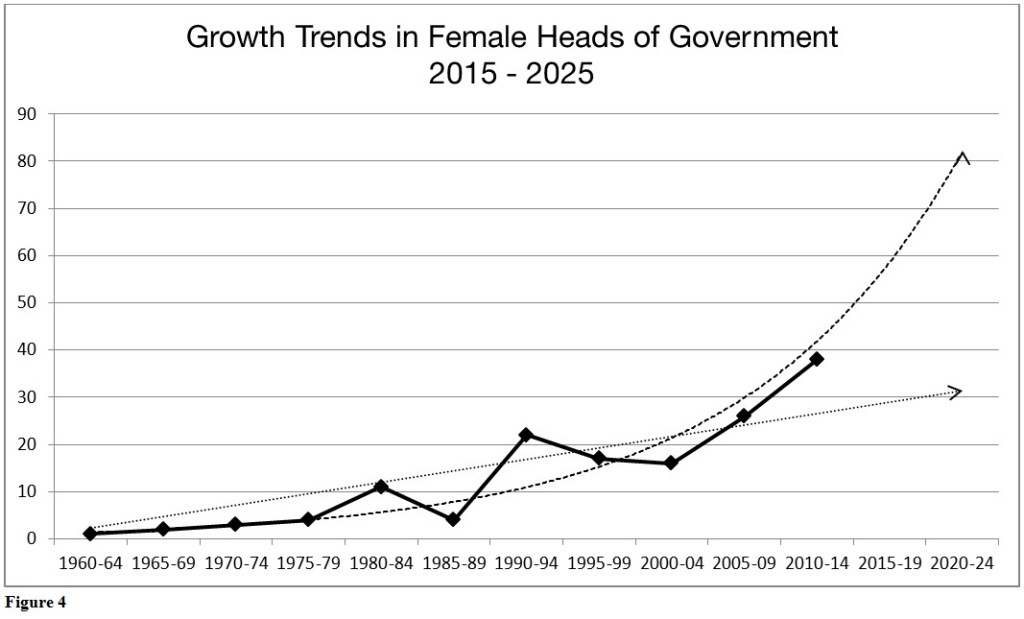 As pioneers in their career paths female IVLP alumnae are prominent in the growth of women’s leadership around the world. Below are two quotes from alumnae remarking on the impact of the International Visitor Leadership Program on their lives:

“The whole tour was immensely valuable. I saw and felt the vitality and generosity of the American way of life, and it has left an indelible impression on my mind. Forevermore, I shall be a true friend of the United States.”

“Each time I returned to stroll along the great boulevard of freedom, I always remembered this special tour which taught me to better know a great sister country to which we are bound by multiple heartstrings”