The group after the 38th annual reception.


The U.S. Congress – Republic of Korea National Assembly Exchange Program is a unique program designed to broaden the perspectives of Korean and American young people on the legislative process, the history of U.S.–Korean relations and current economic, political and security aspects of the bilateral relationship. The program also provides the U.S. and Korean participants with firsthand experience of each other’s people and culture, and creates opportunities for participants to form long-lasting personal contacts.

The following was written by Corbin Cerny, a participant of the program.

South Korea remains an obscure place in the American mindset. Despite the many cases of American and Korean cultures melding together (pop music, technology, television, etc.) and a proven alliance spanning over half-a-decade, Korea is often overlooked by the shared American psyche, which instead focuses on Japan and China. 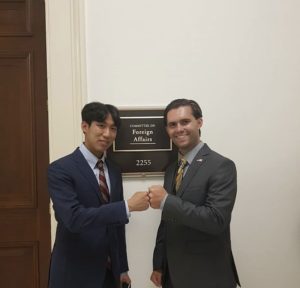 Truthfully, my concept of Korea had been based entirely on the darkest parts of its history and the steady stream of news covering the ongoing conflict between North and South. Whenever I gave the country any attention, I fixated on a narrow aspect of the whole Korean story. And so, this was the mindset I brought with me when I traveled to Korea for the first time, as part of the American delegation with the U.S. Congress – Korean National Assembly Exchange. 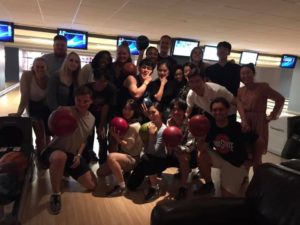 A unique venture between the United States and the Republic of Korea, this exchange program utilizes people-to-people diplomacy, a bottom-up approach to engagement between nations. Private citizens take on the role of diplomats and work to strengthen the relationship between nations at a micro level. This type of diplomacy is vital to the art of statecraft, as it informs the public opinion of citizenry.

In this citizen exchange, we met with officials in public and private sector positions, both in the United States and Korea. Individuals at think tanks in D.C. informed us on the special relationship the two nations share, while representatives from YG Entertainment introduced the delegation to the concept of Korea as a culture gone global. Korean National Assembly members briefed us on the affairs of the country, not just with the United States or North Korea, but with nations and partners around the world, highlighting the country as a global political power. These meetings deeply expanded my understanding for South Korea’s role in the world today.