Participants standing in front of the U.S. Capitol

This was the word used all over DC as flashes of sky blue, deep indigo, and rich red were seen in the Senate, by the Monuments, in the House of Representatives, and even a local Subway. Seeing traditionally dressed Guatemalan Indigenous Leaders standing in line at Subway was definitely a site for onlookers, but it was a part of the experience that these leaders signed up for.

There was a moment when Officer of Press and Community Affairs, Municipality of Santo Tomas, Julio David Diaz Chay, discussed what December 21st 2012 really meant to the Mayan people which to the Western belief marked the day the world would end. This prophecy originated from the Mayan Calendar; however, Julio insisted people misunderstood what was really going on. “December 21, 2012 marked the start of a new era, the era of the Fifth Sun.” Julio described this as a fresh start, a time to reflect and improve. Reflection and improvement was certainly the main focus of their time in America.

At the introductory event the Mayan Leaders expressed their anxiety that they would only be listening during the meetings and not talking. They wanted to learn as much as possible while in America; however, they also took part in this visit to have a voice, to share their story, to directly relay their tribes issues, and to educate people on the misunderstood Mayan culture. Their anxiety immediately melted away as every meeting began with “Talk to me. What do you want to know? What do you want me to know? How can we work together?”

Discussion ranged from gang prevention at the US Department of State to legislation pertaining to land rights for Native American Tribes at the Senate Committee on Indian Affairs. There was talk of federal and trust lands at the Bureau of Land Management and a more personal meeting with Congresswomen Norra Torres who was born in Guatemala and now works with Subcommittees on Native American affairs.

There was a lot of significance into the timing of this trip. Guatemalan Independence day was marked on Wednesday September 16th, and the group had the opportunity to attend the National Congress of American Indians Tribal Impact Day. Here the group met Tribal Leaders from America with similar issues, questions, and experiences. The day was a celebration of what their culture was, what it is, and what it looks to become. The group ended their time in D.C. with a trip to the first national museum dedicated exclusively to Native Americans, the National Museum of the American Indian.

Upon leaving D.C. the group had the opportunity to visit the Newberry Library in Chicago, Illinois, which is home to the 300-year-old Mayan text, the Popol Vuh. Here the Leaders were able to hold an intimate ceremony for the book, that Dr. Norby, Director of D’Arcy McNickle Center for American Indian and Indigenous Studies, described as extremely emotional. Along with the official meetings, they had the chance to visit the Chicago Police Department and learn violence reduction strategies. They agreed it was this kind of knowledge they could apply upon returning to Guatemala.

The most interesting part of the trip for the leaders was the time spent in the Southwest. In D.C. and Chicago, a lot of their time was spent talking about tribes, but with the large Native American presence in Tucson, Albuquerque, and Santa Fe, most of their time was spent meeting with tribes. For example in Tucson, the group hiked the beautiful Tohono Chul Park that is home to 17 indigenous cultures. They also visited the Nogales Border Crossing to learn more about the serious issue of border patrol and illegal immigration affecting Arizona. In Santa Fe officials from the Santa Clara Tribe met with the leaders to discuss tribal collaboration with the State and Federal Governments, and to show the leaders the famous, nearly 500-year-old Santa Clara Pueblo. The last stop on the trip was Albuquerque where the group met with tribal leadership from the Laguna Pueblo Tribe and visited the Isleta Pueblo Elementary School. Here children at the school performed traditional dances for the leaders. 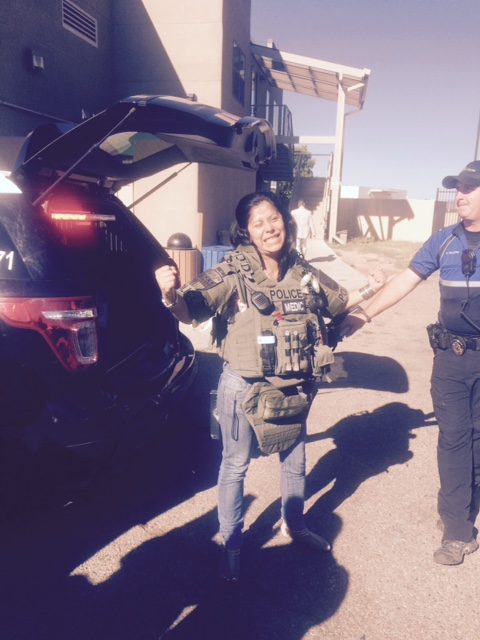 After two busy weeks, the group parted ways and returned home to their municipalities in the Guatemala. Not only was the trip impactful for the Leaders, but their stories and personalities also left an impression on the people they met with. They left with the inspiration and knowledge to improve their municipalities, connections and people to help them take action. Not only did the leaders enhance relationships in America, but they also built stronger relationships amongst themselves. As the leaders of an ancient and deep-rooted civilization, they all agreed it is vital to work together to keep their cultural identity alive.