“Why Detroit?” my colleague Alberto Di Minin asked Jacques Panis, president of Shinola, the company that symbolizes one of the great success stories of business in the recent history of the formerly glorious city of Detroit. “In principle,” Alberto followed, “there should be more interesting locations across the US to establish a business, right?”

“The People,” he told us. “Actually, it’s not what we are doing for the city; it is what the city is doing for us,” he added, under the watchful eye of former Michigan Governor James Blanchard and his wife, Mrs. Janet Blanchard.

The discussion was about business and yet, the reason was not the money. Not taxes. Not even opportunities. Even for a foreigner like me, this is not the kind of reply someone might expect from a business owner. And yet he was extremely clear and straight to the point: “The People.” 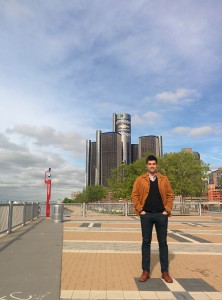 This is how my story of Detroit starts. I spent four intensive days there as part of the Meridian Social Innovation Fellowship, a program designed to cultivate emerging global leaders to build partnerships across sectors and promote sustainable solutions for community challenges, launched by both The Meridian International Center and different US Embassies across Europe in collaboration with the US Department of State. During our international visit to Detroit, I had the opportunity to meet people such as businessmen/businesswomen, entrepreneurs, public servants, and volunteers. More importantly, my colleagues and I met “Detroiters.” Truly significant people who really give meaning to the city where they live.

I remember very well how excited I was when the plane was going down for landing, seeing all the suburbs and the vast expanse of land occupied by the city of Detroit. “What will the city be like? And what about the people? How about the magical place where Henry Ford started? Is it true that the city is almost lost?” I wondered. We have all heard a lot about the rise and fall of Detroit and this fellowship was giving me the opportunity to meet the city for the first time in my life. To be honest, I had mixed feelings. On the one hand, I was very happy to go there. Detroit is the kind of city that has always been dear to my heart. Two of the most important topics of my young life, the car industry and electronic music, both started in Detroit. On the other hand, there was a feeling of sadness. This city was glorious in the past, it might be really hard for me to find out its current condition. Fortunately, stereotypes are not as simple as they look (as usual).

Think about it. In their simplest form, cities are places where citizens are pieces of information, travelling from one place to another. Relevant information broadcasts feelings, emotions, or sentiments because at the end of the day, these are the kind of things that make us human beings; these are the elements we are all able to get from others in order to establish social relationships and connections. Eventually, these are the key ingredients that make a city alive and operating. This is what I call “the spirit of a city.” So difficult to explain it in words, so easy to feel. Official stats are still telling us that Detroit is losing population (certainly, the city is now at its tipping point, what one day was a long curve of losses is now almost a straight line) but if you want to understand what it is really happening there, do not pay attention to the stats. Just talk to the people, you will be able to feel it for yourself. 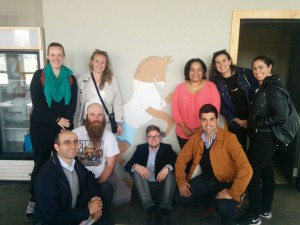 “Things went wrong in the past, but we are definitely committed to work hard and get the city back,” one of our tour guides told me in private. This is not an accidental opinion. During my visit, I was able to identify the desire to improve (and self-improve), wishful thinking for a better future and for economic growth. It was amazing to visit so many different organizations such as Shinola, Rock Ventures, Ponyride, The Kresge Foundation, The Detroit Land Bank Authority, and the Arab American National Museum, and to feel that they are not only creating businesses, but are also helping the city to move forward.

This reminds me of how different the mindset is in my lovely home country. The problem facing Spain is not the financial recession; the problem is not job loss, not even bad behaviors from those who were supposed to be our leaders. The real problem is the people’s loss of faith. Or even worse, the lack of willingness to live their lives maintaining high hopes. Most people from Spain and Europe are absolutely convinced their future is going to be worse that their parents’. This is devastating. For years, I have grown up in an educational system where we were told public bodies and governments would take care of us, that the law would protect us. Regardless of almost everything, if you study, you will find a good job. However, this is a real mistake. The most important element is missing in the equation: things change and evolve. The environment is constantly changing, every day even faster than the last one.

In this atmosphere of pessimism, is there anything we can do to change things in our home country? Do we really live in a society where people cannot contribute to economic growth and the well-being of others? Is it incompatible to personal development? Of course not. JuntoSalimos is an example of that. At JuntoSalimos, which literally translates to “together we will rise,” we first tried to connect people with social problems with altruistic heroes eager to help them, and now, with a much more ambitious idea, we aim at building and creating an innovative online ecosystem to support early-stage entrepreneurs to move their startups forward while connecting them with advisors worldwide. Always working with the same spirit. Exactly the same kind of spirit that I have seen in Detroit: built by people, for people. 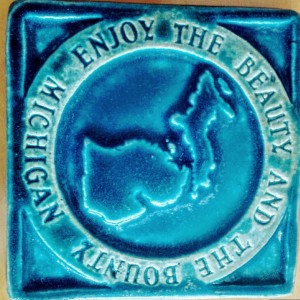 To be honest, I had never thought about drawing connections between Spain and Detroit, and JuntoSalimos made it possible. Seeing what I saw in Detroit, feeling what I felt there, I am even more convinced that JuntoSalimos may motivate others to “get out of the building, leave fear behind and start to follow their dreams.” As I always say, you have to “Think Big, Start Small, Design to Build, Enjoy Doing.” The endeavor is not always easy; it is also full of challenges; sometimes you will be on top, other times you will not. The fight to turn the tables is what really matters.

On May 4, 2015, Meridian welcomed the inaugural cohort of the Meridian Social Innovation Fellowship to Washington, D.C. The eight Fellows – who hail from Belgium, Italy, the Netherlands, Poland, and Spain – are global problem-solvers who bring together networks and resources to solve critical challenges facing their organizations, communities, and countries.  Meridian has brought together this distinguished group to drive ground-breaking advancements in the fields of youth and women empowerment, cultural integration, entrepreneurship, science, technology, and education.