Playing games can change the world.

A pretty bold statement, but that’s precisely the idea behind organizations such as Games for Change, a company that facilitates the creation and distribution of games used as tools in humanitarian and educational efforts. These aren’t just any games, they are “social impact games” designed to present social issues in a way that is uniquely engaging and easy to understand, especially for students and young people.

Games for Change, and other social impact game creators, are part of a larger movement to promote social change through the arts, which was the subject of a three-week, multi-city program for a group of International Visitor Leadership Program (IVLP) participants in May 2014.

Representing 23 countries and six continents, the participants promote social awareness in their respective countries through music, dance, film, theater, visual arts, and cultural organizations and festivals. The program took the visitors across the United States to meet with professional counterparts to discuss the importance of the arts as a platform for engagement and a vehicle for multi-cultural understanding; specifically, how innovative arts programming can be instrumental in managing conflicts, aiding personal and community healing, and promoting peace and tolerance.

While in New York, the visitors met with the president of Games for Change and responded very positively to the notion that video games could be utilized to resolve global issues, as it echoes their efforts to stimulate progress in their countries.Framing social concerns in a different context—whether in the form of a game, artistic performance, cultural festival, or some other medium—helps to spread awareness across a wider audience and ultimately motivates people to take action and create change.

Below are some of the most innovative and impactful digital games around the world. All of these games center on the notion that individuals can broaden their perspectives and develop stronger personal connections to issues through simulated participation. Click on the game titles for more information and a chance to play!
1) PeaceMaker 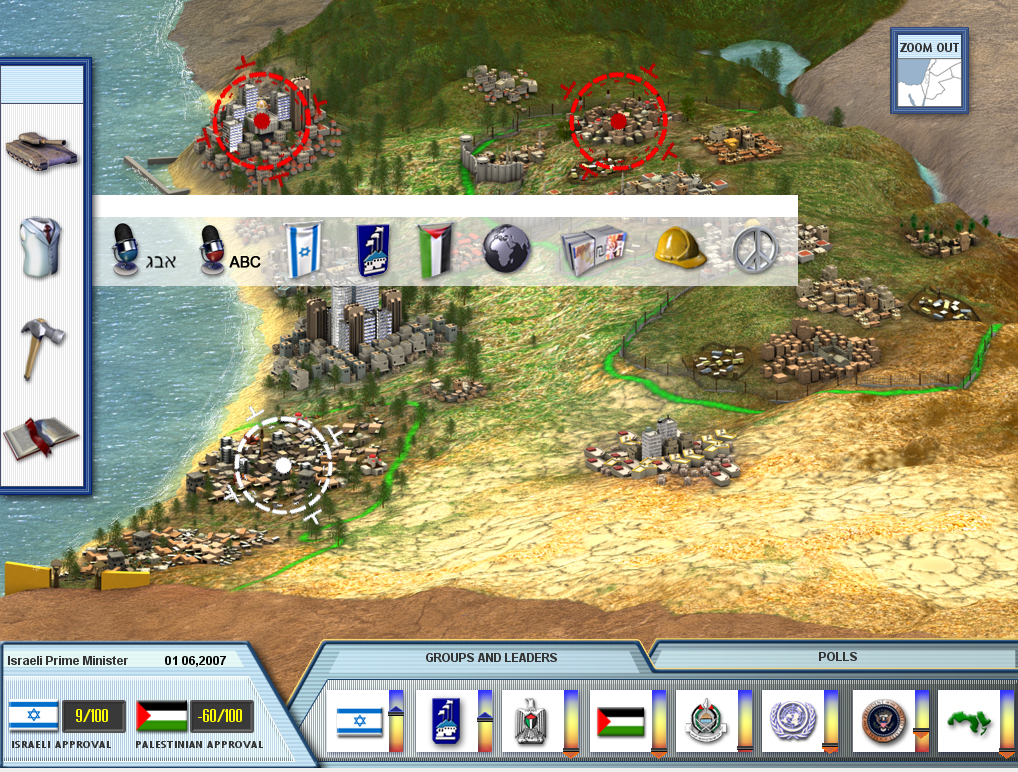 “PeaceMaker” focuses on the Israeli/Palestinian conflict, inserting players into the roles of Israeli Prime Minister or Palestinian President and challenging them to establish a resolution to the conflict through peaceful negotiations. In real life, students with perspectives on both sides of the issue have played the game, which has helped to expand their points of view and inspired discussions about the conflict amongst themselves. 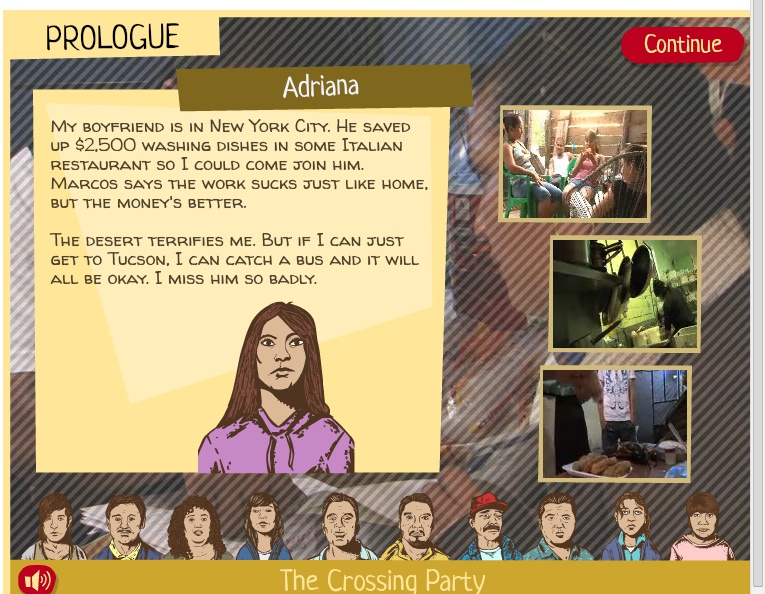 “The Migrant Trail” examines the life of migrants and Border Patrol agents on the U.S.-Mexico border as part of The Undocumented transmedia campaign. Players may choose to play as one of several individuals, and are introduced to their character’s history and motivations in the prologue. Whether developing an understanding of the brutal conditions facing migrant groups or acting as a Border Patrol agent ensuring that captured migrants receive proper care, players are encouraged to view the issue of illegal immigration from a humanitarian perspective.

3) Half the Sky Movement: The Game 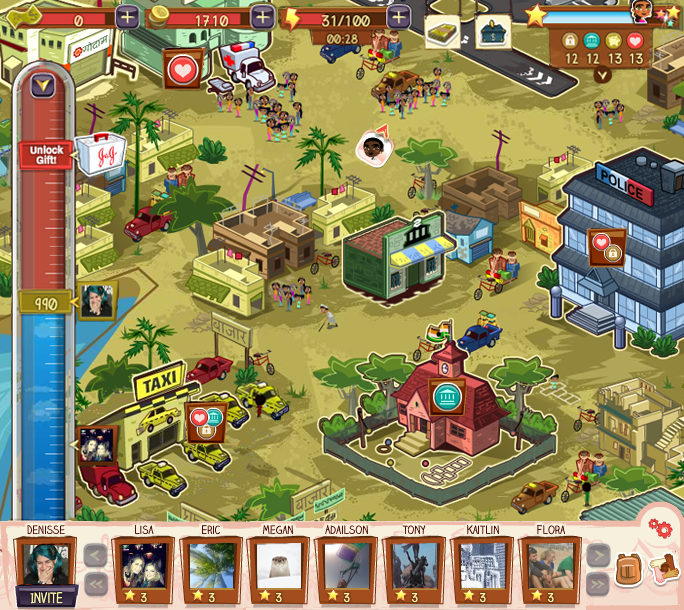 “Half the Sky Movement: The Game” is an adventure game that invites players to move through a series of quests and stories related to real-world challenges that women and girls face. The game introduces direct virtual-to-real-life translation with issue-specific solutions provided by seven non-profit organizations, and a cross media platform that allows people to play and interact on Facebook. “Half the Sky Movement: The Game” is part of “Half the Sky Movement,” which aims to reach mainstream audiences to raise awareness and donations to empower women and girls around the world.

4) Mission US: A Cheyenne Odyssey 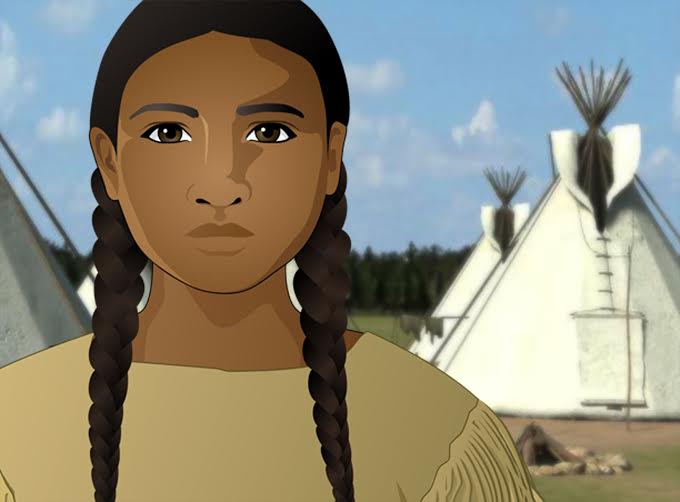 An installment of the “Mission US” American history educational series, “Mission US: A Cheyenne Odyssey” provides insight into the detrimental effects of U.S. westward expansion and the Cheyenne people’s struggle for self-preservation, as seen through the eyes of a North Cheyenne boy. To date, over 483,000 students and 27,000 teachers are registered to play “A Cheyenne Odyssey” and other “Mission US” games, all of which are designed to elicit empathy and a sense of responsibility in addition to providing historical instruction. 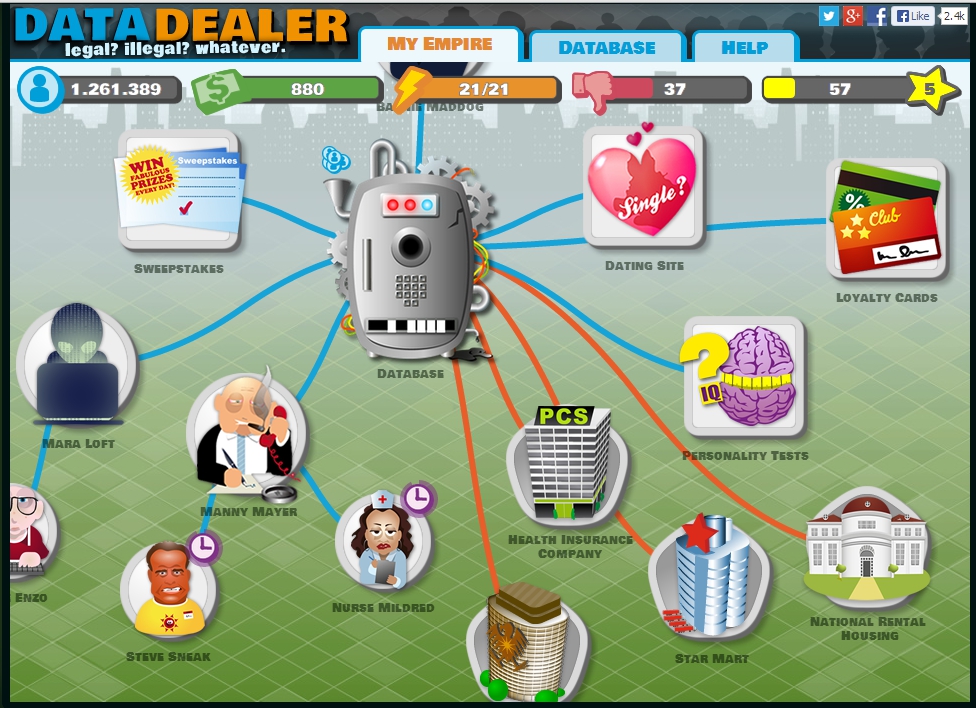 “Data Dealer” focuses on the information privacy debate. Players buy and sell personal information to make the most powerful data collection empire, using a network of underground contacts and online companies to cultivate a valuable database that can then be sold to other organizations. The game presents many ethical issues and highlights the roles of individuals in the complex system of information exchange.

“Unmanned” is not your typical war simulator. The game seeks to subvert the common threads of popular video games, and specifically those in the war genre. Instead of examining war from the front lines, players are placed in the role of a new type of soldier: one who controls unmanned attack aircraft by day, and by night goes home to a suburban life. Throughout a few days in this soldier’s life, players gain insight into the mental impact of the soldier’s job and the difficult decisions he has to make. 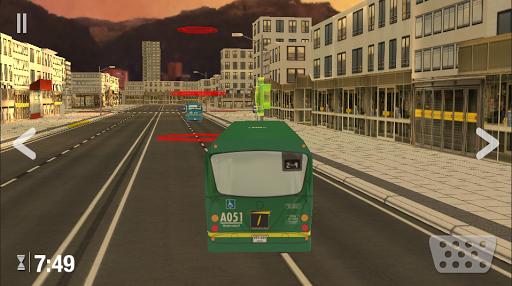 “Súbete al SITP” is a public transit game that got Bogotá, Colombia up and running with its new bus system in 2013. An example of a social impact game that has had real-life effects, “Súbete al SITP” is a specialized training video game that helped familiarize thousands of residents with the new bus system through eight missions that involve accomplishing common daily activities using the Integrated Public Transportation System (SITP). 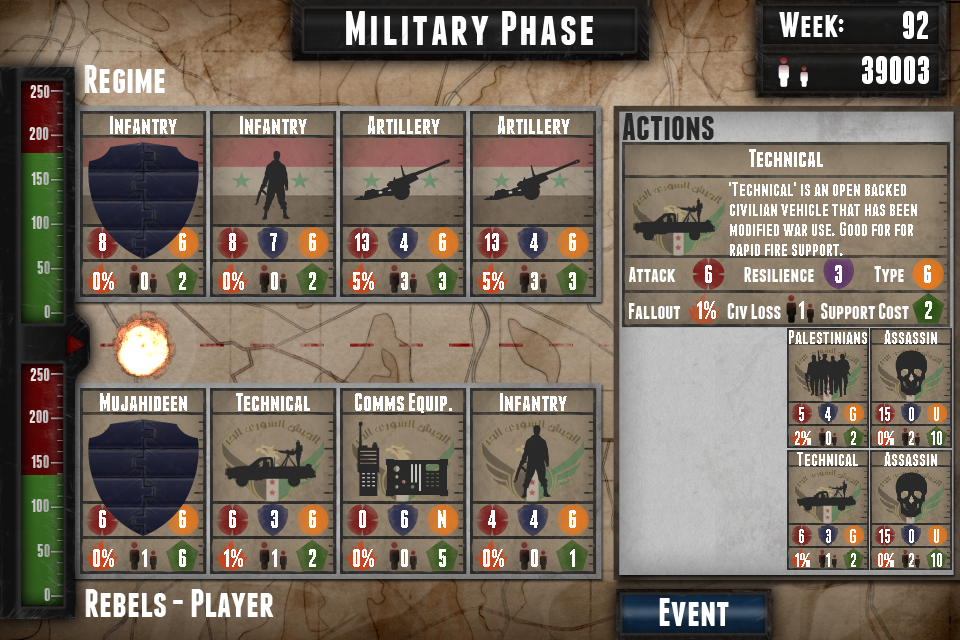 “Endgame: Syria” examines the complexities of the Syrian civil war through the perspective of the Syrian rebels. The consequences of players’ strategic choices in the game demonstrate the long and difficult road to potential war resolution. Events in “Endgame: Syria” can be replayed to show how different choices and strategies lead to different outcomes, in order to maximize players’ understanding of the complex Syrian environment. 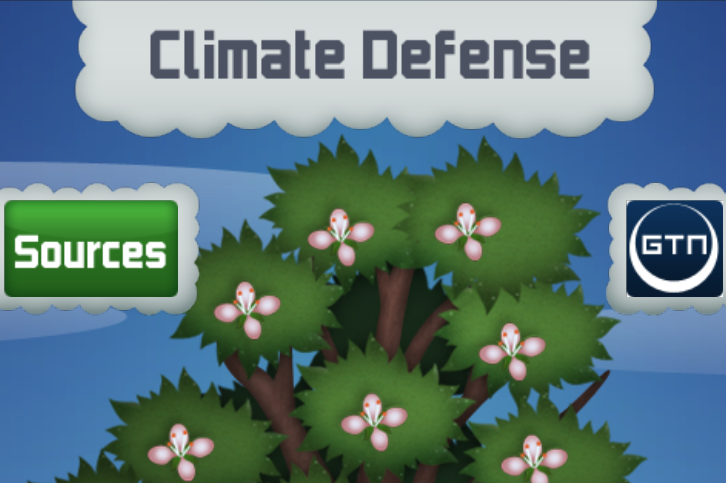 “Climate Defense” tasks players with preventing global warming by absorbing carbon dioxide before it builds up in the atmosphere. A well-researched current events game, it presents environmental data in two modes: a highly realistic one in which it is nearly impossible to solve the problem using the tools that are available to the player, and a second game mode called “Let’s Pretend,” which alters the game data to provide a winnable experience. The contrast of the two modes emphasizes the seriousness of climate change concerns affecting the entire global community.

“Zombies, Run!” promotes health and physical fitness by challenging players to outrun zombie hoards as they exercise, while tracking their pace via their device’s GPS or accelerometer. As the player exercises, the game interrupts the player’s own music with short radio broadcasts about a zombie outbreak. The game blends the relentless encouragement and can-do positivity of a personal trainer with the terrifying, adrenaline-fueled chase scenes from a gritty zombie horror movie.