Events this month took place in Stockholm, Bamako, Kolkata, and Abu Dhabi, among others


As the last orange and yellow leaves fall and the holidays approach, we’re looking back at November in this edition of MCCD’sSoft Power: The Monthly Roundup. The following selection highlights eight notable cultural diplomacy projects that took place around the globe this month. 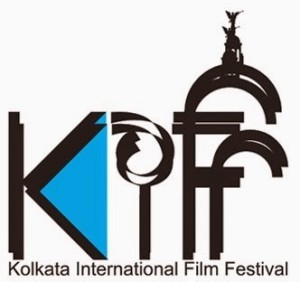 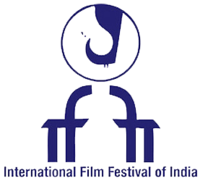 Not to be overshadowed, the International Film Festival of India in Goa is the most important film festival in Asia. It aims to promote cultural understanding, friendship, and cooperation through the film industry as well as appreciation of filmmaking from cultures across the globe. When the festival first was held in 1952, approximately 32 countries showed over 40 full-length and 100 short movies. Today, filmmakers and actors from over 80 nations take part in the festival and over 300 films are screened. The opening film for this year’s festival was The Man Who Knew Infinity directed by Matthew L. Brown, while Argentina’s Oscar entry El Clan by Pablo Trapero concluded the festival, along with a closing ceremony led by music maestro A. R. Rahman, the festival’s Chief Guest.

November 16-20: International Education Week was organized by the U.S. Department of State and the U.S. Department of Education to promote international educational exchanges. It aims to attract future leaders and to create global youth through study abroad, learning, and exchanges in the United States. Now in its 15th year, International Education Week is celebrated by over 100 countries – including India, Kosovo, Lithuania, Mongolia, and Pakistan – around the world. Local colleges, universities, schools, and institutions open their doors for workshops, discussion panels, lunches, fairs, and speeches concerning international understanding and cooperation through exchanges worldwide.

Opening of the National Gallery, Singapore

November 24-December 6: The opening weekend of the National Gallery Singapore was held under the motto “Art Carnival” with several interactive art installations, community art workshops, and artisanal treats to experience the rich heritage of Singapore and Southeast Asian art. Two special exhibitions on Chua Ek Kay and Wu Guanzhong opened alongside the opening celebration events. Ghua Ek Kay’s After the Rain reflects his journey as an artist that combines the traditional school of calligraphy and ink painting with western art. Beauty beyond Form embodies Wu Guanzhong’s approach to synthesizing Chinese art and Western modernism. The new goal of the National Gallery Singapore is the promotion of cultural exchange through programming and partnerships. It is already involved in several partnerships with leading international museums like the Tropenmuseum (Netherlands), Fukuoka Asian Art Museum (Japan), National Art Museum of China, and the Vietnam Fine Arts Museum. This long-term cooperation should provide visitors with the opportunities to better explore the art, heritage, and history of Southeast Asia.

November 25-April 10: The Asia Pacific Triennial of Contemporary Art (APT) was first staged in 1993 and is the only major international contemporary art exhibition series in the world to focus on Asia, the Pacific, and Australia. Hosted by the Queensland Art Gallery, it deals with issues such as society, geography, history, and culture, and how those issues are addressed by the artists. Through a strong international partnership, the Australian Centre of Asia Pacific Art, several galleries, museums, artist, scholars, and curators have developed an ongoing dialogue and debate about the cultural landscape of the region. Rosanna Raymond’s SaVAge K’lub project – an installation space that since 2010 has provided space for K’lub members such as Margaret Aull, Jess Holly Bates, Eric Bridgeman, and Salvador Brown a chance to display artworks and performances – is one of the event’s highlights.

November 29: With the first world championship race held in 1950, Formula 1 has since become the most popular international racing sport. While Europe is the sport’s traditional base, racing tracks are located all over the world and a global audience of more than 425 million views the races on television. This year’s Final Grand Prix took place on the Yas Marina Circuit in Abu Dhabi, United Arab Emirates, which is one of the longest and most demanding tracks in the world. At the close of this year’s Formula 1 season Nico Rosberg made first place, followed by Lewis Hamilton for the Ferrari team and Kimi Räikkönen in third place. The next season will start with the pre-season testing in February 2016.

November 10-21: First held in 1990, the Stockholm International Film Festival brings together international filmmakers, actors, artists, and visitors. It is one of the leading film festivals in Europe with the fastest growing industry. This year, over 150 films from more than 60 countries were screened in Stockholm’s cinemas over 12 days. Films were divided into nine genres, including Asian Images, Latin Visions, Documania, and American Independents. In addition to the screenings, audiences participated in events such as Face2Face, which provided the opportunity to talk to filmmakers. This year, American actress Ellen Burstyn received the Stockholm Achievement Award for her performances in movies such as Alice Doesn’t Live Here Anymore, The Exorcist, and Requiem for a Dream. Chinese artist Ai Weiwei was on the jury for the newly introduced Stockholm Impact Award that is given to films that create opportunities for change and debate. This year it honored director Yadav and her film Parched.

November 2-December 31: Although it focuses on contemporary issues in Africa through photography and video exhibitions, the African Biennale of Photography is international in scope. Local and international artists and curators work together with galleries, museums, foundations, the French Cultural Center, and art schools to create a cosmopolitan event. The exhibitions are located across the city of Bamako to promote international exchange among artists, the public, curators, commissioners, the media, and collectors. More than 100 artists from 20 countries exhibited their works this year. Since the 2013 Biennale was canceled due to political turbulence, more than three times as many submissions were received compared to previous years. Now more than ever, the biennale is seen as a chance to promote dialogue with different perceptions of reality.