These are just a few of the items that will appear in the performances of 20 of Europe’s most promising young dancers and choreographers when they convene in Pilsen, Czech Republic, for the 5th annual Spring Forward festival of contemporary dance, April 22nd to April 24th, 2016.

Spring Forward was established in 2011 by the pan-European dance organization Aerowaves, which connects choreographers and dance enthusiasts with dance houses, theatres, arts centers and festivals from across the region. Funded by the European Commission’s Creative Europe Platforms grant, Aerowaves provides dance programmers from around the world with the opportunity to discover the latest dance from Europe, and sponsors several other initiatives such as a mentorship program for young choreographers and an online periodical for dance journalism.

This is an exciting year for European dance and the Czech dance community in particular. The opportunity to host Spring Forward is a particular point of pride for the city of Pilsen, which in 2015 was selected as a European Capital of Culture and boasts several new performance venues. Aerowaves is convening the event in collaboration with Tanec Praha, the premier festival of contemporary dance and motion theatre in the Czech Republic, which will itself run from May 23-June 23. Spring Forward also comes directly on the heels of the annual Czech Dance Platform, which will take place from 18-22 April.

The 2016 Spring Forward program features 19 works, 16 of which come from the current year of Aerowaves artists, who are known as the Twenty. Each year the Aerowaves network selects 20 rising European talents—”the freshest dance makers in Europe”— and promotes their work for a year, creating performance opportunities for them through its partner organizations. Since the organization’s inception in 1996, Aerowaves Twenty artists have performed in more than 50 cities in 20 countries.

To see a promotional video and the full program, please visit:

Their pieces are truly astonishing in their variety and creativity, and push the boundaries of dance and performance art. Writing about last year’s festival in Barcelona for the dance news source Dancetabs, the prominent critic Graham Watts said that it featured  “about as broad a selection of modern dance theatre as it gets: from anarchic, absurd physical theatre to pure dance; from mathematical formulas to moving sculpture.”

Performing individually and in groups, these innovative artists use all manner of sets, props, sonic accompaniment and cutting-edge dance techniques to showcase their unique visions. Below are some standouts:

This is the Title — Ima Iduozee (Finland)

Ima Iduozee brings his background in breakdance to a piece which is less a solo than it is a duet between the dancer and the blindingly white dance floor that supports him. 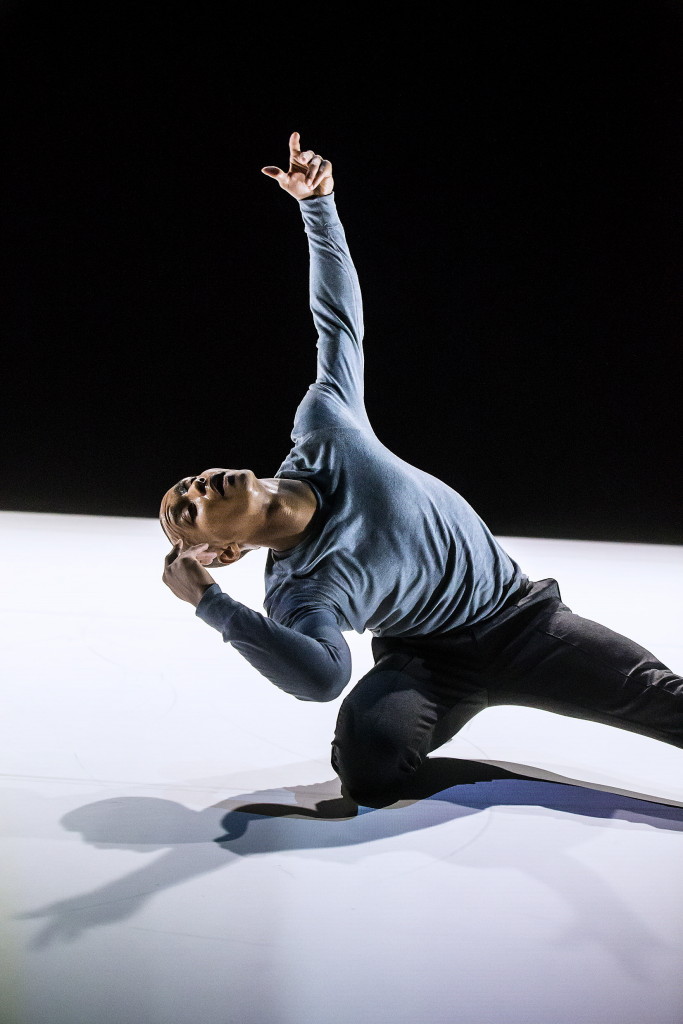 Four performers vie for power or seek harmony through what the Danish press has called “wildly equilibristic acts of balance and physicality” atop a rotating metal platform called The Turmoil. 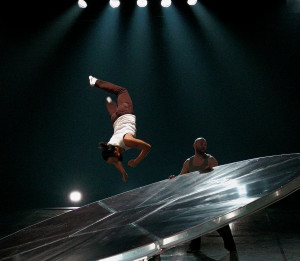 A simple and mysterious concert for one instrument—the human body. Hugonnet engages in a series of postures that require superior strength and agility, and cause her body to appear suspended. 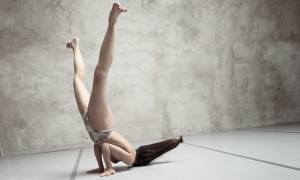