In June 2015, Anna Brown participated in an IVLP project on Preventing and Responding to Bias-Motivated Violence Against the LGBTI Community. At the time, Anna was the Director of Advocacy & Strategic Litigation for the Human Rights Law Centre. She currently serves as the CEO for Equality Australia. She offered the following reflections on her exchange experience and the impact of Pride Month.

What have you been doing since your IVLP experience?

I have a vivid memory of the plane ride home from the U.S. after my IVLP trip because when I landed on Australian soil I found out the Supreme Court of the United States had just handed down the landmark decision that struck down all state bans on same-sex marriage. Some of our group had delayed their trips home to be able to be outside the court for that historic moment. Since then, I was privileged to be able to play a key role in the successful campaign for marriage equality in Australia as co-chair of Australia’s YES campaign. In 2017, a national vote paved the way for this law to pass our national parliament. We didn’t want or need the national vote on our human rights, and I fought this ‘plebiscite’ in the Courts, but once the process was underway we knew we had to win. And we did – love had a landslide victory. I worked intensively on the legislative side of the campaign to secure the passage of the Bill through parliament without hostile amendments proposed by the ‘No’ voting members of parliament. This reform changed the face of our nation forever. 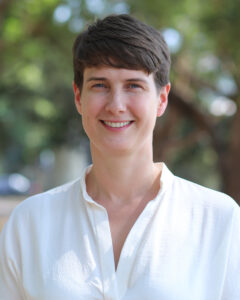 How has your IVLP experience affected your work?

Through the IVLP program I made incredibly valuable connections with LGBTQ+ advocates in the United States and across the globe that I still rely upon to this day. A fierce advocate for trans women in the Philippines, Naomi Fantanos, recently came to speak at a conference in Australia. These connections were the most enjoyable and enriching part of my experience. I created friendships that will last a lifetime.

The program also funded a specific project I ran examining the impact of hate crimes and developing strategies to address them in my home state of Victoria. We used the report to advocate with government and police agencies to improve responses across the board and strengthen legislative responses to tackling the damage inflicted by hate. We are now working to implement the findings of a parliamentary inquiry into vilification and hate in Victoria.

What does Pride mean to you?

Pride means celebrating who we are and our beautifully diverse experiences and identities, and remembering those who came before us, who struggled and fought against injustice and prejudice. It is on their shoulders that we stand today. In Australia we also celebrate different moments and times of the year, such the first ever Sydney gay & lesbian mardi gras in 1978, where our elders fought against police brutality to march on the streets and celebrate love and diversity. The legacy of the 78’ers lives on today, and we honor their commitment to social justice, human rights, and a world that celebrates all of us.