Meridian is excited to implement the Young Leaders of the Americas Initiative Professional Fellows Program on behalf of the U.S. Department of State. In fall 2016, 250 new YLAI Professional Fellows from Latin America and the Caribbean will expand their leadership and entrepreneurial experience through fellowships at NGOs and businesses across the U.S.

Visit YLAI.state.gov for more information and to begin your application!

Stay up-to-date on #YLAI at: 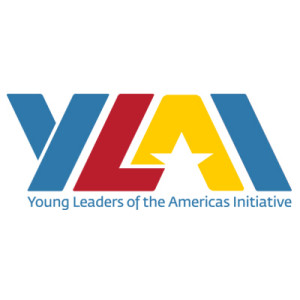 There is usually a moment during the series finale of a long-running television show when there is a montage of scenes from prior episodes or when the camera focuses on the core group of characters, making the audience members reflect on how the characters have grown throughout the series. During the Young Leaders of the Americas Initiative (YLAI) Pilot Program, there were two such moments where I had to take a step back and realize that this program was so much larger than I had realized and had the potential to impact more lives than just those of the 24 fellows from 20 countries in Latin America and the Caribbean.

During the pilot, the participants had the opportunity to explore the Miami entrepreneurship ecosystem; interact with and learn from host families and incubators in Seattle, Denver, Charlotte, and Miami; and learn from resources in Washington, D.C. On March 15, the fellows even had the opportunity to engage with U.S. Secretary of State John Kerry and share challenges they face in the region.  Although all of these experiences were memorable, two moments from their final evening in Washington, D.C. will inspire me for years to come.

Ms. Roberta Vasconcellos, Founder and CEO of Beer or Coffee in Brazil, was selected as the speaker to represent the group during the reception. Upon arriving at the podium, she immediately asked her YLAI colleagues to join her at the front of the room.  She gave a beautiful speech that emphasized that although she had been selected to speak, she was merely representing people who had become her friends and colleagues throughout the region.  Roberta also noted that they were now being challenged to be YLAI ambassadors in their home countries – to share information about their experiences in the U.S. and to make sure that the impact of the program reaches beyond the pilot group of 24.  This sentiment was shared by the other fellows, and they are already discussing how they plan to expand the reach of YLAI and make sure that the program’s profile continues to grow.

The second moment came in a rather unexpected place. My colleague and I decided to surprise some of the fellows during an impromptu end-of-program celebration downtown.  I am not much of a dancer (most of the fellows would agree!), but this became another one of those series finale moments where you step back and realize what you have helped to create.  We have started to create a network of talented and driven entrepreneurs throughout the region who are determined to grow their businesses and improve their own societies in the process.  Some fellows have already found synergies within the group of 24 and plan to work together to help their businesses grow.  They have decided to continue to collaborate with each other using WhatsApp and Slack.  Most importantly, they have realized that they are not alone as entrepreneurs, and they are determined to maintain this unique community.